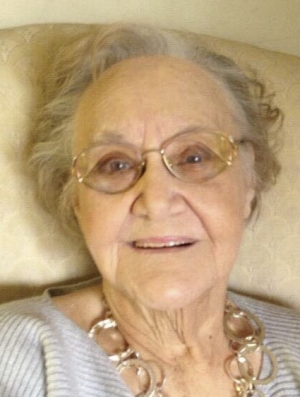 She was the wife of the late Orville H. Shives who died in 2005. Born in Everett, PA she was the daughter of the late John Brallier II and Grace Smyers Brallier.

Delores was a homemaker and had also worked at QVC and Active Security for a few years.  She enjoyed baking, cooking, puzzle books, spending time at the beach and crabbing.  She was happiest in the company of her family and friends.

Surviving are two daughters, Jennifer Jo wife of Michael Ballinger and Cathy Ann wife of Randy Gebhard both of Lancaster; a son, Joseph L. husband of Shelva Imler Shives of Columbia; seven grandchildren, seven great grandchildren and three great great grandchildren; and a sister, Helen wife of James Henline of Everett.  She was preceded in death by brothers Robert and Joseph Brallier and by a sister Phyllis Weicht.

Services will be private and held at the convenience of the family.  In lieu of flowers, contributions in her memory may be made to Hospice and Community Care, 685 Good Drive, P.O. Box 4125, Lancaster, PA  17604 or to Alzheimer’s Association Greater Pennsylvania, 2595 Interstate Drive, Suite 100, Harrisburg, PA 17110.

Offer Condolence for the family of Delores M. Shives