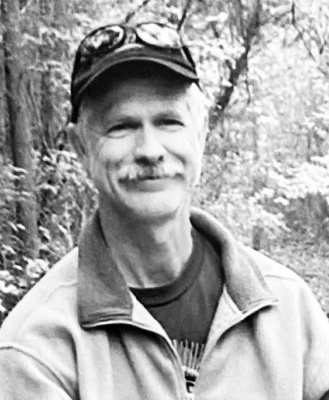 David Weaver Moore, age 72, died at his home in Barnegat, NJ on July 1st, surrounded by his loving family.

He was born in Lancaster, Pennsylvania, the son of Donald Wicklein Moore and Arlene Weaver Moore.

David graduated from Millersville University, with a BA in Biology. After graduation, he served in the Peace Corps as a teacher in rural Ethiopia and developed his third-class traveling skills while backpacking for months around east Africa.

David’s love for travel, exploration and adventure (including sifting through every local grocery store for unique finds) only grew throughout his life.

David moved to Ocean County, NJ to conduct ecological studies on Barnegat Bay after which he was employed by GPU Nuclear Environmental Affairs, and later did groundwater remediation work for both local and internationally based organizations.

He dedicated much of his life to bettering the planet, also serving as chairman of the Barnegat Environmental Commission and the Open Space Committee. He volunteered at ReClam the Bay and also raised seed oysters in efforts to support the return of native shellfish to Barnegat Bay.

For nearly forty years David enjoyed sailing the bay and offshore waters. He loved being on the boat – venturing on solo trips as well as with partners to as far afield as the Bahamas.

In the late nineties, David was taken by the form and function of sea kayaking and subsequently built, raced and taught paddling. He was happiest riding his bike and swimming in the lake.

David never sat still – he could build or repair just about anything. He loved his home that he built in the woods – where he gardened, farmed and created a sanctuary for wildlife as well the dogs he loved throughout his life.

David was a true friend to so many and cared deeply for each one. He joined the Big Brothers organization and was instrumental in shaping the lives of two boys who are now fine young men. RJ, one of these fine young men, was loved by David just as he would a son and he was tremendously proud of him.

David truly loved life. He experienced a devastating spinal cord injury in 2014 which changed his life permanently. He met this challenge like no one else could and fought hard to be able to use his indoor therapy pool and bicycle and keep his mind engaged.

He was able to know and love his granddaughters fiercely. He kept up with his friends and made new. David’s energy, brilliance and spirit in the way he lived his life has made an everlasting mark on all who knew him.

In keeping with his desire to help others and support future generations who might face similar injuries, David made the ultimate gift to Jefferson Medical School.

David is deeply loved, cherished and missed by his family. He is survived by his wife Diane, siblings Mary Alice Shirk (Tom), Ann, George (Cheryl), daughter Kelsey Bigelow (Will) and 3 granddaughters, Adaline, Isabel and Olivia of Houston, TX and five nieces and many cousins.

In lieu of flowers, donations in David’s memory can be made to the Lancaster Conservancy. www.lancasterconservancy.org.

A celebration of David’s life will be held at a future date.

Offer Condolence for the family of David Weaver Moore