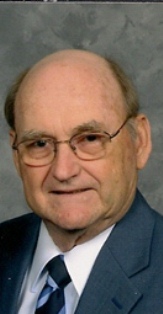 David V. Swartz, 78, of Lancaster, died Thursday, December 8, 2011, at Lancaster Regional Medical Center.
He was married 50 years this past April to Verna A. Hess Swartz. Born in Wilkes-Barre, PA, he was the son of the late Jeremiah C. and Ethel Wallick Swartz.
David graduated from Millersville University with a Bachelor’s Degree in Education and then later received his Master’s Degree from Temple University. He retired from the School District of Lancaster where he had taught fourth grade for 30 years. David served in the U.S. Army from 1955 to 1961.

He was a member of the Westminster Presbyterian Church and had enjoyed volunteering in various capacities at the church. His interests included fishing, camping, sports and volunteering with Meals on Wheels.

Surviving besides his wife is a daughter, Betsy A. Swartz of Lancaster; and a step-brother Arthur husband of Patricia Carter of Otto, NC. He was preceded in death by step-brother Donald Carter.

David was well-loved and will be deeply missed by his family and friends.

Offer Condolence for the family of David V. Swartz