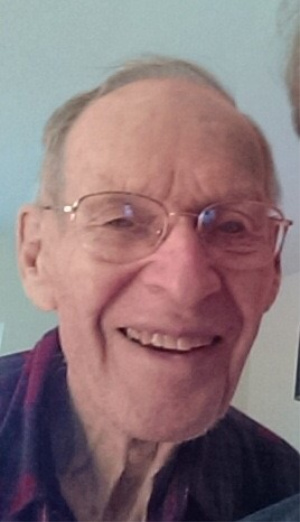 David Lee Shinaman, formerly of Skaneateles, NY made his transition from earthly life to eternal life on October 15, 2019 at Willow Valley Communities, Lancaster, PA.  He was 88.

Dave was predeceased by his parents, H. Ray and Nellie Slaght Shinaman and his brothers Keith and Paul. He is also survived by several nieces and nephews.

He was a graduate of Central High School in Syracuse, NY, St. Lawrence University in Canton, NY and the University of Rochester and was comptroller at Welch Allyn in Skaneateles for twenty years.  Upon moving to Williamsburg, VA from Skaneateles in 1987, Dave became an historical interpreter for Colonial Williamsburg.  In 2008, Dave and Marilyn moved to Willow Valley.

While living in Skaneateles for twenty-seven years, Dave served as Treasurer of the Austin Park Development Committee, the Presbyterian Manor of Skaneateles and Westminster Manor of Auburn, NY.  With others, he formed the New Party and was elected and served as Village Trustee for two terms (1967-1973).  He was also appointed to the original Board that brought the Village Landing, a senior citizens housing complex, to Skaneateles.

For four years, Dave was a Boy Scout Leader for Troop 61; many boys became Eagle Scouts, including his two sons, Jeff and Todd.

Dave spent many hours in the car transporting Amy and other Auburn Aquanotes girls to A.A.U. synchronized swimming competitions and boys to Youth Hockey games, Boy Scout camping trips and to Sabattis in the Adirondacks where he spent one week of his vacation as a leader for several years.

Active in the Presbyterian Church, he was ordained and served as an Elder in Marcellus, NY then served in Skaneateles.

Dave appreciated growing up in the Stolp Ave. area of Syracuse, his special friends, and the era in which he lived.  With camera in pocket and always available, he enjoyed taking pictures of people and nature and has over 100 albums!  He also enjoyed taking “toots” in the countryside to enjoy the scenery and explore new places.

Offer Condolence for the family of David Lee Shinaman