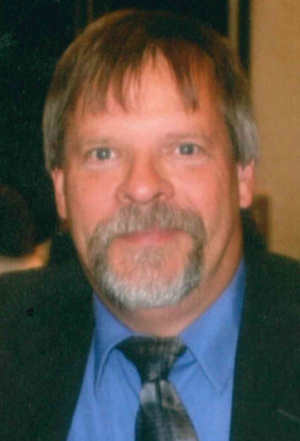 David C. Garman, 62, of Conestoga, formerly of Manheim Township, passed away at his home on July 24, 2019 after a brief battle with cancer. He was the husband of Kitty Garman, with whom he shared 41 years of marriage. He was born on April 16, 1957 in Lancaster, PA to Janet (Hill) Garman and the late H. Clair Garman.

Dave graduated from J.P. McCaskey in 1975. He graduated from Penn State Mont Alto with an Associate’s Degree in Land Surveying. He has worked as a professional land surveyor for the last 42 years, most recently at Land Grant Surveyors.

He earned his Eagle Scout Award in 1975 and then proceeded to become Assistant Scout Leader to Troop 43.

Dave was an avid NASCAR fan. He was a lighthouse and covered bridge enthusiast and has visited many on the east coast. He enjoyed being outdoors and spending countless hours maintaining his garden oasis and his pristine yard. He was also a skilled cabinet maker.

He was a lifetime member of Holy Trinity Lutheran Church and could be found sitting in pew #26.

Dave’s greatest pride and joy in his life were his children and grandchildren.

A funeral service will be held on Sunday, July 28, 2019 at Holy Trinity Lutheran Church, 31 S Duke St, Lancaster, PA 17602 at 2:30 PM. Friends may greet the family on Saturday, July 27, 2019 from 6:30- 8:30 PM at the DeBord Snyder Funeral Home, 141 E. Orange St, Lancaster, PA 17602 and again at the church on Sunday from 1:30 PM until the time of service. In honor of Dave, please wear casual attire. Interment will be private at the convenience of the family. In lieu of flowers, contributions may be made to the NASCAR Foundation and to the Power Packs Project.

Offer Condolence for the family of David C. Garman