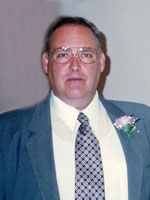 Dale Richard Zeigler, Jr., 59, of Akron, PA passed away Wednesday, September 21, 2011 at Lancaster General Hospital, surrounded by his family. Born in New Castle, PA, he was the son of the late Dale Richard Sr., and Helen Lorene Baucom Zeigler.
He served in the U. S. Army during the Vietnam War. He was an avid Pittsburgh Steelers fan and outdoorsman. He enjoyed hunting, trapping and fishing, and had been an active member of the PA Trappers Association.
Surviving are: a daughter, Terri L. Smith of Marietta; a son, Daniel R. husband of June Zeigler of Landenberg; 2 sisters, Ellen wife of John Richey, and Marilyn Zeigler, both of New Castle; a brother, Larry husband of Gayle Zeigler of West Pittsburg.
A memorial service will be held in New Castle at a later date. If desired, contributions may be sent to the American Cancer Society 314 Good Dr. Lancaster, PA 17603.

Offer Condolence for the family of Dale Richard Zeigler, Jr.