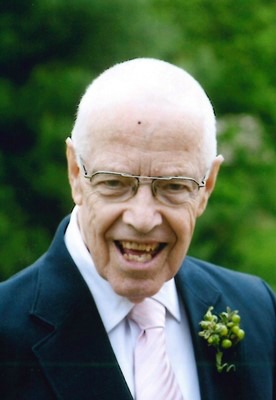 Richard D. “Dick” Creswell, 80, of Lancaster, passed away on April 24, 2016 at Hamilton Arms Center.  He was the loving husband of Joan C. (Rohrer) Creswell. Born in Lancaster, he was the son of the late Willard and Clara (Henry) Creswell.

After graduating from J.P. McCaskey High School in 1954 he proudly served in the Army National Guard followed by his employment at Lancaster Newspapers.

He was a member of the Red Rose Veterans Honor Guard, Legion Post #34, and the Ushers League.

In addition to his wife Joan, he is survived by two daughters, Lauri Ann, wife of Christopher Mosso and Diane, wife of Brian Ashba both of Lancaster.  Also surviving are his grandchildren: Michael, husband of Amanda Mosso, James Mosso, Jordan, husband of Kiersten Mosso, Lawrence Ashba and Devin Ashba.

Relatives and friends are respectfully invited to attend a Memorial Service at Bethany Presbyterian Church, 25 N. West End Ave, Lancaster, PA 17603 on Saturday, April 30, 2016 at 11:00 AM.  Friends may greet the family from 10:00 AM until the time of the service.

Interment will be in Indiantown Gap National Cemetery.

Offer Condolence for the family of Richard D. Creswell