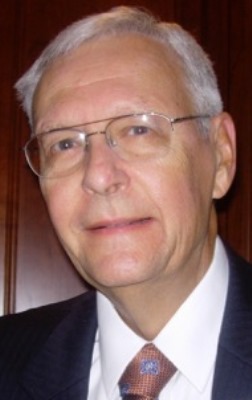 Clifford John Rode (75) of Lancaster, PA, and formerly of upstate New York, died peacefully of a brain hemorrhage on February 14, 2016.  He was born January 11, 1941, the son of the late Felix and Frances Rode.  He was a 1958 graduate of Cooperstown Central High School, Cooperstown, NY and a 1962 graduate of Cornell University with a BS degree in Poultry Husbandry and Agricultural Economics and a 1982 graduate of Stonier School of Banking, Rutgers University.

He retired in 1999, after 38 years, from Key Bank, N.A., where he worked in Agricultural Lending, Branch Supervision, and Commercial Lending as a Senior Vice President.  In retirement he served as a Financial Consultant with New York Farm Net at Cornell University.

He is survived by his wife Lois of 53 years, and two daughters: Denise (Rev. Mark) Russell of Lancaster and Karen (George) Bardis of Sterling, MA; five grandchildren: Jonathan, Anna, and Peter Russell, and Emma and Megan Bardis; two sisters: Thelma Kingsley and Eleanor (Ronald) Vibbard; and several nieces and nephews.

A memorial service will be held at the Lutheran Church of the Good Shepherd, 750 Greenfield Rd., Lancaster at 11 am on Wednesday, February, 17, following a time of visitation (10-11 am).  In keeping with his life of service, he donated his body to Humanity Gift Registry for medical research.

Cliff’s request was for no flowers; instead contributions may be made to the Lutheran Church of the Good Shepherd, 750 Greenfield Road, Lancaster, PA  17601.

Offer Condolence for the family of Clifford John Rode