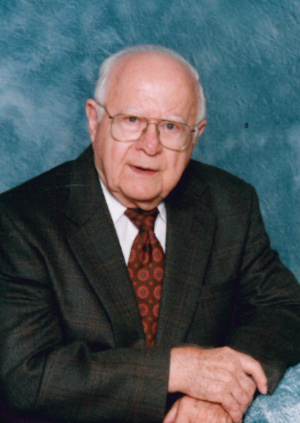 Clayton R. Martin, Jr. died at the age of 98 at Country Meadows Retirement Community on Wednesday, January 2, 2019. Martin was a lifelong resident of Lancaster. He was born December 23, 1920 to the late Clayton R. Martin, Sr. and Lottie Hambright Martin. Clayton was the husband of Ruby Talley Martin who passed away in 2003 after 55 years of marriage. He is survived by his son, Clayton R. Martin III.

Martin was a graduate of McCaskey High School class of 1938, the first class to graduate from the school. He was a letter carrier in Lancaster with the U.S. Postal Service. After retirement, he worked with Lancaster County Tax Collection Bureau. During World War II he served in the U.S. Army Air Corps with the 409th Bomb Group.

In retirement, he volunteered with Apprise program at the Lancaster County Office of Aging and the Volunteer Income Tax assistance program.

He was a lifelong member of Otterbein United Methodist Church and longest serving member of the church. He was part of The Administrative Board and the Care & Nurture Committee. He was also involved with the sound system. A longtime member of the National Association of Letter Carriers, Branch 273, where he served as Financial Secretary. He held membership in the National Active & Retired Federal Employees, the Pennsylvania Association of School Retirees, McCaskey Alumni Association, Lutzite Alumni Association, Post 34 American Legion, Millersville VFW, Manor Ridge Lions Club and the Lancaster Post of the Travelers Protective Association.

Relatives and friends are invited to attend a funeral service at Otterbein United Methodist Church, 20 E. Clay St, Lancaster, PA 17602, on Wednesday, January 9th, 2019 at 11:00 AM.  A viewing will be held from 10:00 AM until the time of the service.  The burial will be at the mausoleum at Conestoga Memorial Park. In lieu of flowers, memorial contributions may be made of Otterbein United Methodist Church.

Offer Condolence for the family of Clayton R. Martin, Jr.