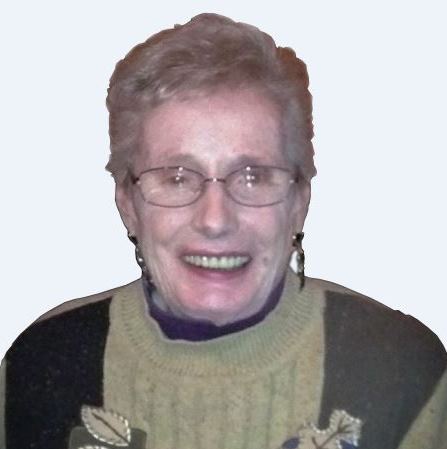 She arrived in the USA on December 07, 1956 to continue her business entrepreneurial career and provide better opportunities for her children. In England she owned a hair salon and upon arrival in Lancaster city she co-owned the “Cannon & Orr” grocery store followed by the “The Orr Inn”.
Bunty was the first female president of the British American club. She was a volunteer for Meals on Wheels, volunteered at the Lancaster General Hospital as a gray lady for the Red Cross, & loved traveling, camping, and dancing.

She is survived by her 3 sons Boyd (Irene Orr), Kenneth, and David (Denise Buckwalter); her daughter Alana Moquin (John-Paul Moquin); her brother Jack Cannon (Julie Collins); 7 grandchildren and 5 great-grandchildren.
She was a member of the Faith United Church of Christ.

Relatives and friends are respectfully invited to attend a Celebration of Life Memorial service held at the Faith United Church of Christ, 1204 Wabank Road, Lancaster PA 17603 on Saturday, June 03, 2017 with visitation at 10 AM, followed by the memorial service at 11 AM, followed by a luncheon at noon.
In lieu of flowers, contributions can be made to the Church at the above address.

Offer Condolence for the family of Christian “Bunty” Stronach Orr