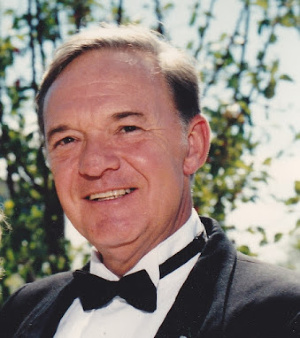 Charles Warren Collom, 90, of Lancaster, PA, passed away on Sunday, July 12, 2020 at Willow Valley Communities, Lancaster, PA. He was the loving husband of Joyce Collom, (Carpenter), formerly of Ambler, PA. They were married on January 24, 1953 at Washington Memorial Chapel in Valley Forge, PA.

Born in Philadelphia, PA on March 30, 1930, Charles was the son of Ruth and Charles W. Collom. His family later moved to Spring House, PA.

Charles graduated from Bordentown Military Academy, Bordentown, NJ. He later graduated from Pennsylvania State University where he earned his B.A. in Liberal Arts and a B.S. in Business Administration in 1957. He was a member of the Sigma Phi Epsilon Fraternity. While Charles attended Penn State, Joyce worked for the university.

He served in the United States Army as a Cpl. during the Korean War and was stationed in Germany. He earned the Army of Occupation Medal of Germany and the National Defense Service Medal.

After graduating from Penn State University, Charles was hired by Armstrong and trained at Armstrong Manor in Lancaster, PA. He was a sales representative in Illinois and later transferred to Lancaster and the corporate office. When Armstrong sold its glass business to Kerr Glass Manufacturing Corp., in 1969, Charles joined Kerr Glass. He later became the regional vice president for Kerr, and was transferred to Lake Forest, IL, where he covered the Midwest sales region. Charles was responsible for the crown division sales and loved working with soft drink bottlers and breweries across the United States. Many of his customers became life-long friends of he and Joyce.

Following his retirement in 1992, Charles spent much of his time traveling with Joyce, reading, playing golf and serving on several committees at Donegal Presbyterian Church. Charles was a member of the Elks Club, Lancaster Republican National Committee, and served as a voter register volunteer for all elections.

Charles loved his Penn Sate Nittany Lions. He was president of the Nittany Lion Club in Lancaster for seven years. He enjoyed going to home games, and over the years he made it a point to travel to a game in every Big 10 Stadium and attend a Rose Bowl game.

Due to the current Covid pandemic, the family will be having a private gravesite ceremony at Rose Hill Cemetery in Ambler, PA.

In lieu of flowers, donations many be made in Charles’ memory to Boehm’s Church, Willow Street, PA, The Water Street Mission, Lancaster, PA, or the Boys & Girls Club of Lancaster, PA.

Offer Condolence for the family of Charles W. Collom