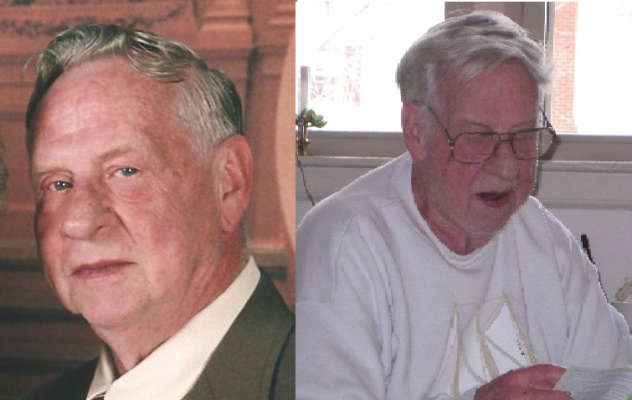 That was Charley’s wish for his obituary. His name and one word. The family thought he deserved a little more.

Charley is survived by his wife of 68 years, Shirley (Coble) Ressler, his daughter, Cynthia A. (Ressler) Kays (husband John), his sons, Jeffrey C. (wife Patricia) and Douglas R. (wife Donna), grandchildren Kevin, Julie, and Eric, and great grandchildren Johanna, Maddox, Hazel, and Fiona, his brother Raymond, as well as many nieces and nephews. Charley was predeceased by his grandson, Patrick.

The son of Mervin and Esther (Kauffman) Ressler, Charley was born and raised in Lancaster, PA, and was the third youngest of eight children. He graduated from J.P. McCaskey High School in 1951 and was drafted into the U.S. Army in 1952. His basic training was at Ft. Knox, KY where he learned to repair army vehicles, including tanks. Charley worked in the motor pool at Fort Polk, LA and completed his service at Fort Sill, OK with the rank of corporal.

Introduced by a mutual friend in high school, Charley proposed to Shirley on Christmas Day, 1952. They married on June 23, 1953. Charley had been inducted into the army on February 10, 1953 and finished his army training in time to come back to Lancaster to get married. After a short honeymoon, he returned to duty.

Charley worked at Garden Spot Motor Company as an auto mechanic prior to entering military service and resumed working for them after returning to Lancaster. He stayed with Garden Spot, retiring after 30 years. His boss praised Charley as “one of the best auto mechanics he had ever worked with.” Charley finished his career as a mechanic at Wolf Motor Company.

Although he didn’t often show it, Charley was very proud of his children’s and grandchildren’s accomplishments, whether it be Jeff playing football at McCaskey, Cindy performing on stage at the Fulton Theatre, Doug being a great dad to his kids, to Julie’s career as a dentist, Kevin’s rise in the ranks of the Lancaster City fire department, Eric graduating from Temple University, or Patrick’s valiant fight against cancer.

Charley enjoyed trap shooting before and after retirement; he also enjoyed fishing with his brother Raymond. He was a good handyman, able to tackle most home remodel projects. His favorite TV shows were on Discovery Channel, History Channel, National Geographic Channel or, as his kids called it, “bug TV.” One of his great pleasures was touring battlefields, and any place to do with history.

As Charley did not want a fuss made over his death, a brief ceremony, with the family, was held at Riverview Burial Park on January 10, 2022, where his ashes were interred. The family especially wishes to thank Hospice and Community Care for making his last days comfortable and pain free.

He will be missed by his wife and family.

Offer Condolence for the family of Charles R. Ressler