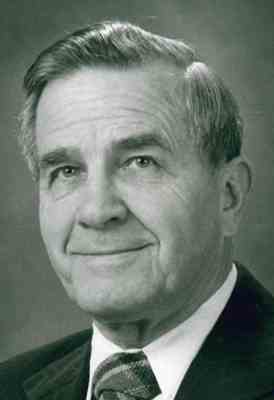 He was married 56 years to Joyce A. Shirk Snader.  Born in Lancaster, he was the son of the late Charles J., Sr. and Neva H. Little Snader.

Chuck had multiple careers, he was involved in purchasing at Irex Corp. and Specialty Products Insulation Co.  He was also a wedding consultant and owner of the Boutonniere Shoppe in Lancaster for over 40 years, retiring in 1993, and was involved in thousands of weddings.

Chuck was a past Master of Lodge 43 (1959) and a member of Zembo Shriners in Harrisburg, PA.  He served as chapter advisor of the Lancaster Chapter Order of DeMolay for 8 years.  He was active with  the James Buchanan Wheatland Foundation.  He learned at trade at Hamilton Watch called “Damaskcening”, the art of decorating metals.

Surviving besides his wife are two sons, Timothy D. husband of Norma Hamilton Snader of Lititz, and Todd W. Snader of Lancaster; two grandchildren, Jason and Lauren Snader; three sisters-in-laws, Peggy Snader, Eileen Feister and Donna Meshey and their families.  He was preceded in death by a brother, John (Jack) Snader.

A Masonic Service will be held on Tuesday, June 7, 2016 at 10:00 A.M. at the DeBord Snyder Funeral Home, 141 E. Orange St., Lancaster, PA with a funeral service following with Pastor Greg Funk officiating.  Friends may call at the funeral home on Tuesday morning from 9:00 A.M. until the time of the service.  Private interment in Indiantown Gap National Cemetery, Annville, PA.