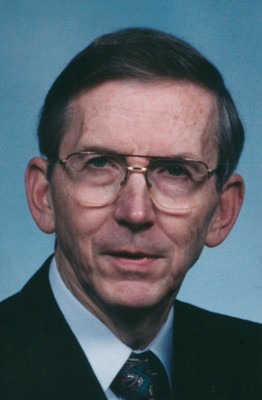 Charles H. Weidler, age 78, Lititz, died peacefully at home Tuesday, July 7, 2015 after a long battle with prostate cancer.  He is survived by his high school sweetheart, Elizabeth Anne Wolpert Weidler to whom he was married for 58 years.

A life-long resident of Lancaster County, he was the son of the late Charles W. and Dorothy Hartman Weidler. He graduated from J. P. McCaskey High School in 1955 and Penn State University – York.   He was employed for 37 years with AMP, Inc. and was the holder of many patents in the electronics field.

Along with his wife, he is survived by two children: David C. Weidler,  husband of Debbie C. Weidler  of Lititz, and Beth Anne Weidler and her husband, Stephen M. James of League City, Texas;  his four grandchildren: Erin K. Weidler of Baltimore, MD., Jonathan D. Weidler of Lancaster, and Emily R. James and Samuel D. James of League City, TX; and his sister,  Janet Magee of Oroville, CA.   He leaves his family as his legacy; he was a loving and generous husband, and an astounding father and grandfather.

Chuck was a man who made little pieces of wood out of big pieces of wood, mainly building boxes with handmade dovetails, a skill he learned at Landis Valley Village and Farm Museum in his retirement.  He was a Guinness beer drinker, a John Wayne fan, a Porsche lover (although he only owned one) and a longtime Volvo driver.  He loved puns and word searches. He appreciated beauty and nature in all its forms. He also was a volunteer land steward for the Lancaster County Conservancy for some years.

Relatives and friends are respectfully invited to attend a funeral service for Chuck in Emmanuel Lutheran Church, 540 W. Walnut Street, Lancaster, PA on Tuesday, July 14, 2015 at 10:30 a.m.  Friends may call at the church on Tuesday from 10 a.m. until the time of the service.  Burial will be at Millersville Mennonite Church following the service, and friends are invited back to the church for lunch.

Offer Condolence for the family of Charles H. Weidler