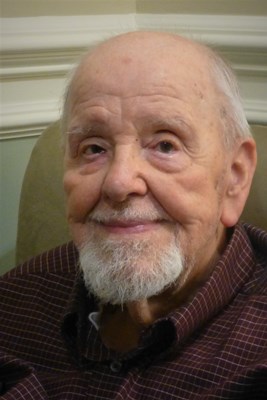 He was born July 28, 1924 in the Lancaster General Hospital; the son of the late Charles K. Booda, Sr. and Isuphena Elicker Booda. He was predeceased by his brother Hugh M. Booda.

Charles lived in Upper Darby, PA until he was 12. His family moved to Merion, PA where he graduated from Lower Merion High School in 1942.

A veteran of WWII, Charles served 3 years with the U.S. Army in the 591st Field Artillery Bn., 106th Infantry Div. and fought in the Battle of the Bulge.

In 1949 he married Elizabeth Fulmer Whetstone. In 1950 he received a B.Sc. in Bacteriology from the Philadelphia College of Pharmacy and Science (now the Philadelphia University of Sciences.)
Charles began working in the laboratories of Smith, Kline & French Pharmaceuticals. Later he accepted a position with the Campbell Soup Company finishing his 33 year career as Manager of Campbell’s Biological and Quality Assurance Laboratories.

He was a life member of both the 106th Infantry Division Association and the Veterans of the Battle of the Bulge WWII. He served as Secretary of the Delaware Valley Chapter of the V.B.O.B. for several years.

Charles was a train enthusiast and loved woodworking. Over the years, he carved a full size carousel horse and made a detailed doll house for his wife, Betty. He shared his interests with all his grandchildren who have many fond memories of time spent together.

He is survived by his wife, Elizabeth Whetstone Booda of the Glen (formerly of Willow Valley Manor), a son, Charles K. Booda, III of Langhone, PA and two daughters, Elizabeth A. Hartzler of Greenville, MI and Eleanore G. Ralph of Westfield, NJ; 9 grandchildren and 12 great-grandchildren.

Funeral Services and Interment will be determined and announced at a later date.

In lieu of flowers, memorial contributions in Charles’ memory may be sent to: Shepherds Ministries; 1805 15th Ave.; Union Grove, WI 53182-1579 (indicate on the check in Charles K. Booda’s memory)

Offer Condolence for the family of Charles K. Booda, Jr.