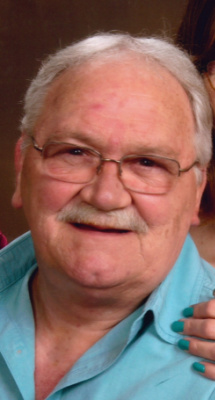 Charles F. Snyder Jr., 76, of Lancaster, passed away on May 18, 2021 at his home after a long illness.  He was the loving husband of Linda (Bryan) Snyder.  They were together for 42 years and would have celebrated their 28th wedding anniversary on June 25th.

Born in Lancaster, PA he was the son of the late Charles F. Snyder and Dorothy B. (McMichael) Snyder.

He was employed for over 30 years as a Building Engineer and Mail Courier for the School District of Lancaster, retiring in 2002.

Despite being a man of few words, he was well known among family and friends for hosting annual Christmas Eve parties for 37 years.  He was a multi-talented DIY-er, who could fix just about anything.  He enjoyed western and sci-fi movies, collecting coins and watching boxing matches.  He also took great pleasure in family trips to Rehoboth Beach DE, Ocean City MD, Reno NV, San Antonio TX and especially Tampa and Anna Maria Island FL.  He was predeceased by his special dogs, Snoopy and Cody.

In addition to his wife Linda, he will be greatly missed by his daughters; Sheri Snyder of Lancaster, Lisa Snyder (life partner of Teresa Poppas) of Tampa FL and Tonia Graham of Reading; furry daughters, Roxie, Buttons and Suki June; sister Carol Hoover of Lancaster and numerous nieces and nephews.  He is also survived by 2 furry grand-doggies and 7 furry grand-kitties.  The family would like to extend their heartfelt thanks to the ‘Pink Team’ of Hospice & Community Care especially Donna, Suzanne and Michelle for their compassionate support.

Offer Condolence for the family of Charles F. Snyder, Jr.