You are here: Home / Obituaries / Charles A. Achey, Jr. 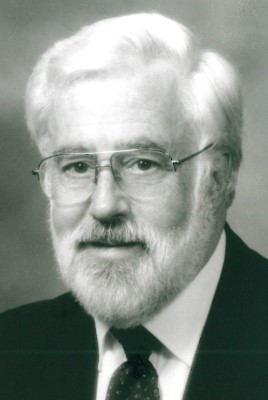 Charles Augustus Achey, Jr. passed away peacefully on May 1, 2015 at Masonic Village in Elizabethtown, PA, of complications following a stroke. He was 81 years old.

Charles, also known as “Charlie” and “Chip” to his friends, was born on June 4, 1933 in Lancaster, PA. He was the son of the late Charles A. Achey, Sr. and Ruth Mueller Achey. Charles practiced law in Lancaster during his career, with offices on E. Orange Street, N. Duke Street and Lititz Pike; he also served as an Assistant District Attorney for Lancaster County for many years. His final position before retiring in 2012 was “of counsel” to the Lancaster firm of May, Metzger and Zimmerman. Charles was a longtime member of the American Bar Association, the Pennsylvania Bar Association and the Lancaster Bar Association.

Charles lived in Bausman as a child and attended Bausman Elementary School, Lancaster Township Junior High School, and J.P. McCaskey High School. He earned a B.S. in Economics from Franklin & Marshall College, a Master’s in Business Administration from University of Pennsylvania, an LLB from Dickinson School of Law and a Master of Law degree from New York University.

Charles joined Masonic Lodge No. 43, F. & A. M. in 1958, and achieved the rank of 33rd degree Mason. He was Worshipful Master of Lodge No. 43 in 1970, 1991, 1998 and 2009, and was also Past District Deputy Grand Master, serving for several years. Charles was also a member of the Knights Templar of Pennsylvania, Commandery No. 13. He earned membership in the American Mensa Society, and belonged to Toastmasters Club for many years. He was a longtime member of the Hamilton Club of Lancaster. Charles belonged to Bethany Presbyterian Church in Lancaster.

Charles traveled widely during his life, including trips to Africa, South America, New Zealand, Australia, and Europe. He was interested in genealogy and was an avid reader. Throughout his life he enjoyed being an “early adopter” of technology. He never stopped learning.

Relatives and friends are respectfully invited to attend a Memorial Service at the DeBord Snyder Funeral Home & Crematory, 141 E. Orange St., Lancaster, PA 17602 on Friday, May 15, 2015 at 11:15 AM with the Rev. Kent Holmes officiating. Masonic Services will be conducted by Lodge #43 F. & A.M. on Friday at 11:00 AM at the funeral home. Friends may greet the family from 10:00 AM until the time of the service. Interment will be in Greenwood Cemetery. In lieu of flowers, contributions in Charles’ memory may be made to Bethany Presbyterian Church, 25 N. West End Ave., Lancaster, PA 17603.

Offer Condolence for the family of Charles A. Achey, Jr.