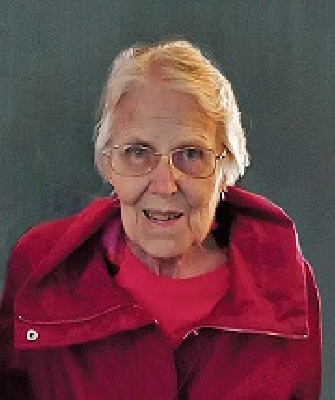 Carolyn Elizabeth Oswald Kendall of Lancaster, and formerly of Glenside, PA, died on Sunday, May 23, of cancer.

She was born on Nov. 1, 1939, in Philadelphia. Her parents were the late Rev. Gordon A. Oswald and Pauline Stroeble Oswald.

Carolyn was a graduate of Palmerton High School and Oberlin College. She also held a master’s degree in teaching, with reading as a specialty, from the University of Pennsylvania.

She taught fourth grade at the Bancroft School in Wooster, MA, and at Friends Central in Philadelphia, and later worked as a substitute teacher at Abington Friends School.

Carolyn married Daythal Kendall in 1969, and lived with him in San Antonio, TX, as he completed his military service. They enjoyed raising two sons, Charlie and Andy, in suburban Philadelphia. Camping in a two-bed pop-up camper was a favorite family activity. The camper had no TV, Carolyn noted. “We only wanted to watch the fire.”

The family spent a year living in Manitoba, Canada, where Daythal taught Cree and Ojibwe at a university. Throughout their marriage, Carolyn played a critical role in cataloging and indexing Daythal’s studies, which analyzed and helped to preserve and reclaim Native American languages at risk of becoming extinct, both for the benefit of the descendants of the original speakers and for scholars. Much of his work is housed at the American Philosophical Society.

While in Canada, Carolyn was active in the Embroiderers’ Guild, and she retained that affiliation by joining a local guild again when the family moved to Glenside, PA, where they lived for 26 years. There, they were members of Carmel Presbyterian Church. Carolyn was a Shepherd in the church and active in its teaching programs.

In retirement, she and Daythal moved to Lancaster, PA, and became active members of Grandview Church. Their language skills, warm hearts, and good senses of humor were assets in the congregation’s work in resettling refugees.

Their home was full of interesting art. Carolyn kept Nativity scenes, weavings, and paintings around her, and she particularly enjoyed Dale Chihuly’s glass-blown works. Equally, she appreciated fresh flowers. As cancer really began taking its toll, she was supported by a peaceful army of friends. One of those friends is a gifted harpist, whom Carolyn invited frequently to give concerts on the Landis Homes lawn as a thank you to others.

Daythal died in 2008, and Andy died in 2016. She was also predeceased by her parents and her brother, W. John. Carolyn is survived by her son, Charlie, married to Trisha, of Denver, CO, and by her unofficially adopted Bolivian son, Lucas Carvajal, married to Katherine, and their three children, Sofía, Elena and Nico, of San Francisco, CA.

For those who want to honor her life, Carolyn has suggested gifts to the mission projects of Grandview Church, 888 Pleasure Road, Lancaster, PA 17601 (www.grandviewumc.org/give) or to Heifer International, 1 World Avenue, Little Rock, AR 72202 (www.heifer.org/give).

Celebration of life services will be held at Grandview Church, 888 Pleasure Rd, Lancaster, PA 17601 on Friday, May 28, 2021 at 11:00 AM.  To view the service virtually please click the following link:  https://www.youtube.com/watch?v=8HH6tyrqdSM

Interment will be at Mellinger Mennonite Cemetery, where Carolyn will be buried near her parents, her mother’s parents, her brother John, and her beloved Daythal and Andy.

Offer Condolence for the family of Carolyn O. Kendall