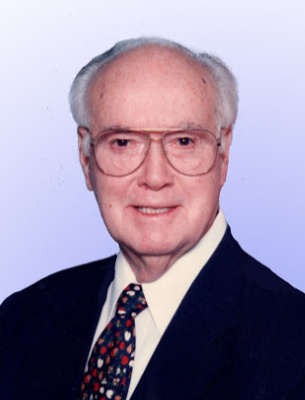 Carl Leonard Tucker, 99, born February 11, 1920 in Kansas to Frank and Trannie Tucker, passed away on Sunday, November 3, 2019 at Willow Valley. He was married to Eleanor Seidel and had three children; two daughters, Eloise Tucker Meadowcroft, married to Dale of Mechanicsburg, PA, and Diane Elizabeth Tucker of Syracuse, NY, deceased in 2003, and a son, Carl Edward Tucker, married to Doretta Agostine. He is also survived by 4 grandchildren, Christine Meadowcroft Hoffner, with husband Michael, and Alexander, Kayla, and Perri Tucker, and two great-grandchildren; Abigail and Joshua Hoffner.

He was valedictorian of his Minneola, KS High School graduating class. He attended the Dodge City, KS Junior College and graduated with a BS in Mechanical Engineering from Kansas State University in 1943. During WWII, he worked in Oak Ridge, TN on The Manhattan Project. He worked as an engineer for The General Electric Co., Emerson Radio, Phonograph Co., and The Singer Co., where he was V.P. of R&D Engineering. He was a member of the ASHRAE Professional Society and held four patents relating to air conditioning.

Carl enjoyed singing and belonged to Quartets, Glee Clubs, and Choruses in High School and College. He loved his church and was a member of many committees, served several terms as an Elder of First Presbyterian Church in Skaneateles, NY, and sang in its Choir, including doing solos. He was past President and a Paul Harris Fellow in the Rotary Club of Skaneateles and was a member of Meals on Wheels. Since retiring to Willow Valley, he joined the Chorus at Manor North,  the Willow Valley Choral, served on the Program Committee and was elected as Resident Representative on the Resident Council.

Offer Condolence for the family of Carl Leonard Tucker