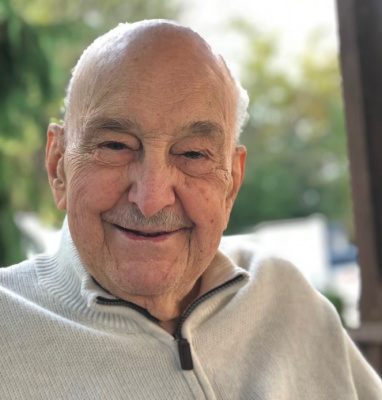 Carl E. Hepler, 94, formerly of Providence Place in Lancaster, PA passed away on the evening of June 17, 2021 at Friends Linden Hall Nursing Home in Kennett Square, PA.  He was the loving husband of the late Pauline C. Hepler from 1951 until her death in 2006 and is also survived by his loving partner for the past eight years, Anita Routzahn of Downingtown, PA.

Born in Philadelphia, PA, he was the son of the late Charles and Agnes (Neiswender) Hepler.

Carl became the first Hepler to attend college when he won one of two competitive academic scholarships to Temple University and received his Bachelor of Science in Business. His future wife became one of Delaware’s first female pharmacists and mother of their four children: Karen Hepler of North Wales, PA; Mark Hepler and wife Diane of Santa Barbara, CA; Wayne Hepler and wife Donna of Bel Air, MD; and David Hepler of Marietta, OH. Carl is also survived by seven grandchildren and two great-grandchildren.

Carl proudly served in the US Army at the close of WWII, then joined the DuPont Company, his only employer, where he became Manager of the Finance Department during a 36-year career in Wilmington, Delaware and Parlin, NJ.

In his spare time, Carl was an active member of the Lutheran and Methodists churches, serving as board chairman and bass in the choir; his daughter became a professional music minister. He also coached his three sons and many other boys in his 10 seasons of Little League and Babe Ruth baseball. He big band dancing with Routzahn drew occasional applause, and he was a  league bowler who mastered gardening in retirement.

Relatives and friends are invited to attend a Memorial Service at Cornerstone Baptist Church, 80 W. Brubaker Valley Rd., North Lititz, PA 17543, on Saturday, July 3, 2021 at 10:00 AM. An informal visitation will occur following the service. The service will be available via livestream by clicking on the following link: https://my.gather.app/remember/carl-e-hepler

In lieu of flowers, contributions in his memory may be made to the Alzheimer’s Association at https://www.alz.org. Please leave your online memories and condolences for the family at www.DeBordSnyder.com

Offer Condolence for the family of Carl E. Hepler