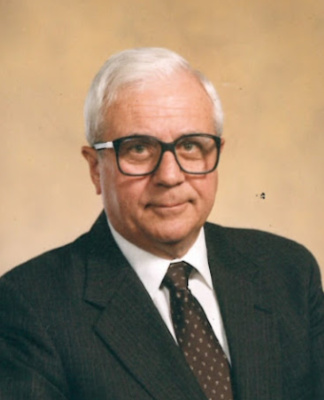 Calvin Eugene Levis, age 92, died November 1st at Brethren Village.  Born in Brockway PA to Malissa (Butters) and George Levis, he served in the US Navy and Merchant Marine during the Second World War and earned BS and MS degrees from Penn State University.  He served as President and Chairman of Huth Engineers from 1967 until his retirement in 1988.

Levis had served as Senior Vice President of the American Consulting Engineers Council and President of the Consulting Engineers Council of Pennsylvania and was granted a patent for the Lagco Flume, a measuring device.   He was involved with a number of local organizations including the Boys and Girls Club of Lancaster, the Economic Development Company of Lancaster County, Lancaster Chamber of Commerce, the United Way of Lancaster County and the Cliosophic Society.   He had been an active member of the Lancaster Sertoma Club, Meadia Heights Golf Club, the Homestead Village Board, the Tucquan Club, the Slumbering Groundhog Lodge, the Pirates, the Hamilton Club, the Canelers, Lancaster Lodge 134 BPOE and St Peters UC.

Levis was an avid sailor and enjoyed fishing and boating at his vacation home in Harvey Cedars NJ.  He also authored two books of family genealogy.

A memorial service will be held at the Brethren Village Chapel at 2 PM on Monday November 5th.   Donations in his memory may be made to the Boys and Girls Club of Lancaster, PO Box 104, Lancaster PA 17608.

Offer Condolence for the family of Calvin Eugene Levis