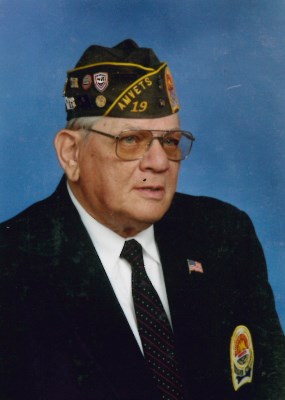 C. William Davis, 87, formerly of Lancaster, passed away April 7, 2016 at Masonic Villages. He was the loving husband of the late Betty (Gerhart) Davis.

Born in Christiana, PA., he was the son of the late Joseph M. and Dorothy L. (Chalfant) Davis.

He was recruited from J.P. McCaskey High School, during WWII, by the U.S. Navy and was one of the few chosen ships for the “World Tour” traveling the globe later being classified as Shellback for crossing the equator at the 180th meridian dateline. He served 8 years in the Navy, enlisting twice and was classified RD2 (Radarman Second Class) during WWII and the Korean War.  During this time, he proudly served on the USS Thomas, USS Wood, USS Carmick, USS Greene and USS Coates. He earned the following medals while serving in the Navy:  WWII Victory, Good Conduct, China Service, Japanese Occupation Awards and King Neptune Certificate.  He later taught Class A Radar School at Norfolk Naval Base.  He was then awarded his high school diploma in 2002 in an initiative to pay tribute to veterans of WWII.

Bill was employed by Alcoa Aluminum where he worked for 35 years.  He was a member of Masonic Lodge # 43 F. & A.M., Lancaster, Millersville V.F.W., Lititz American Legion Post #56 and served as commander of AMVETS Post #19.

In his spare time, he loved traveling, the outdoors, and spending time with his family, grandchildren and friends.  He also enjoyed military history and attending naval reunions.

He is survived by a son, Charles W. Davis, Jr (husband of Denise) of Mountville, PA; three daughters, Diane L. Shuster (wife of Stephen) of Landenberg, PA, Joni M. Halligan (wife of Troy) of Lititz, PA, Barbara J. Hurst (wife of Terry) of Vacaville, CA; 8 grandchildren, and several great-grandchildren.  Also surviving is a sister, Janice Swinehart and a brother, Jeffrey Davis.  He was predeceased by a sister Joan Marie Martino.

Relatives and friends are respectfully invited to attend a Funeral Service at DeBord Snyder Funeral Home & Crematory, 141 E. Orange St., Lancaster, PA 17602 on Wednesday, April 13, 2016 at 11:00 AM with the Reverend David D. Kreider officiating.  A viewing will be held at the funeral home on Tuesday, April 12, 2016 from 6:00 to 8:00 PM as well as on Wednesday from 10:00 AM until the time of the service.  A Masonic Service will begin approximately 10 minutes before the service on Wednesday.

Interment will be in Millersville Mennonite Cemetery with full military honors.  Contributions may be made in his memory to Masonic Lodge #43, 213 W. Chestnut St., Lancaster, PA 17603.  To leave an online condolence for the family please visit:  www.DeBordSnyder.com

Offer Condolence for the family of C. William Davis