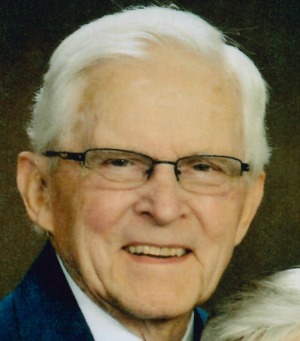 C. Donald Grason, 89, of Homestead Village, went to be with his Lord and Savior on December 3, 2017. He was the husband of Nancy S. Rentschler to whom he has been married to for 66 years.

A graduate of Millersburg High School, he was First Trumpet and Student Band Leader. After hearing that Jesus Christ was a carpenter at the age of seven, he decided that would be his occupation. He worked for Contractors N.I. McCord, Sam Long, and John Hogan before self-employment in 1954 building homes, additions, and remodeling until retiring in 1992.

He was assistant Boy Scout Leader, volunteer and President of the West Lampeter Fire Company, Chairman of the Zoning Hearing Board, and LGH Rehab volunteer.

As a member of Community United Methodist Church, he taught Sunday School, was assistant treasurer, Lay Leader, Chairman of the Pastor Parish Relations Committee, Administrative Board and served on a mission’s trip.
He later attended Calvary Church, playing in the orchestra and serving as an usher. He enjoyed singing with the Red Rose Barbershop Chorus, voted Barbershopper of the Year in 1997 and 2003, and played cornet in the Lampeter- Strasburg Community Band.

After moving to Homestead in 2006, he continued his passion for helping people, working in the woodshop and volunteering at Schreiber Pediatrics. A devoted husband and father, his family shared his love for boating, water skiing, fishing, and going on beach vacations.

In addition to his wife Nancy, he is survived by his two daughters; Donna N., wife of E. Michael Ames of Strasburg; and Connie M., wife of James Metzler of Ronks; and a granddaughter, Lora Metzler of Leola. He was preceded in death by a grandson, Travis “Boomer” Metzler of Strasburg.

Friends and relatives are respectfully invited to a visitation Monday, December 11, 2017 from 6-8 PM and after 10 AM Tuesday December 12, at Calvary Church, 1051 Landis Valley Rd. Lancaster, PA 17601. Funeral Services will be held Tuesday, December 12, 2017 at 11 AM at Calvary Church. Interment will be at Boehm’s United Methodist Church Cemetery in Willow Street, PA. If desired, memorial contributions may be sent to Schreiber Pediatric Rehab Center, 625 Community Way, Lancaster PA 17603.

Offer Condolence for the family of C. Donald Grason