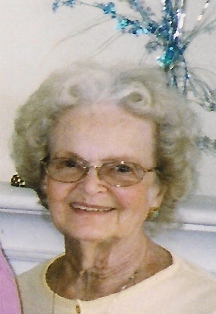 Betty S. Chillas, 86, of Lancaster, passed away peacefully on Thursday, February 23, 2012 at Hospice of Lancaster County in Mount Joy.
She was the wife of the late Carl R. Chillas who died in 1997. Born in Muncy, Lycoming County, PA she was the daughter of the late Roy and Anna A. Snyder Clippinger.
Betty was employed as the Clerk of Voter Registration at the Lancaster County Courthouse for 30 years. She enjoyed bowling and doing crossword puzzles.
Surviving is a daughter, Esther Polkosky of Lancaster; a grandson, Steve husband of Melanie D. Gathercole Polkosky of Collierville, TN; and two great grandchildren, Alexander O. and Sophia R. Polkosky. She will be missed by her dog, Happy.
A Funeral Service will be held on Monday, February 27, 2012 at 2:00 P.M. at the Kearney A. Snyder Funeral Home, 141 E. Orange St., Lancaster, PA with the Rev. Linford D. King officiating. Friends may call at the funeral home on Monday from 1:00 P.M. until the time of the service. Interment in Conestoga Memorial Park. In lieu of flowers, contributions in her memory may be made to Hospice of Lancaster County, 685 Good Drive, P.O. Box 4125, Lancaster, PA 17604-4125 or to the Humane League of Lancaster County, 2195 Lincoln Highway East, Lancaster, PA 17602.

Offer Condolence for the family of Betty S. Chillas