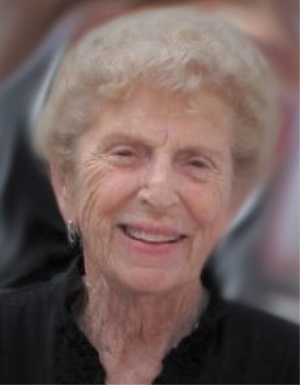 Betty N. Meyers, 98, of Willow Street, formerly of Millersville, PA and Leesburg FL, passed away on March 23, 2020 at Willow Valley Communities, where she had resided since 2009.  Betty was married for 43 years to Charles J. (Bud) Meyers, who passed away in 1990 and after Bud’s passing, for 16 years to Robert Redburn, who passed away in 2007.

Betty was born on her family’s farm in Central Manor in 1921 to Ira and Bessie Neff and was one of six sisters.  She attended the nearby Excelsior School and later, Manor High School in Millersville.  In high school Betty excelled in sports of all kinds, particularly field hockey and she remained active in sports throughout her life, taking up tennis, golf and later shuffleboard.  At Willow Valley she re-activated a long-dormant shuffleboard program and remained its leader for many years.

Throughout her life, Betty had a unique gift for friendship, and she cherished her family and friends, especially visits to and from her grand-daughter. One of her greatest pleasures was summer with her family, relatives and friends at the beach in Ocean City, NJ, where she and her husband, Bud, owned a home. Another great pleasure was gardening, with flowers in Ocean City and vegetables in Millersville.

Betty is survived by her son, Charles J. Meyers, known as Jack, and her daughter-in-law, Amy Meyers, both of North Haven, Connecticut; her grand-daughter, Rachel Meyers, of Pasadena, California; and many nieces and nephews.

Offer Condolence for the family of Betty N. Meyers