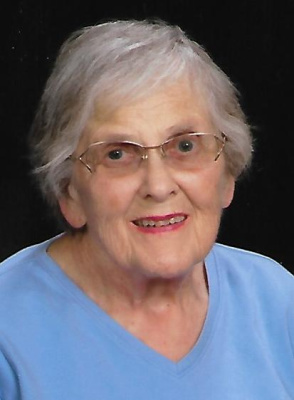 The hands which once knitted scores of children’s mittens for Christmas donation, and which sewed clothes on an old Singer machine in order to save money for a young family are now at rest.  The eyes which once admired the pyramids of Egypt, the castles of Britannia, the Alps of Switzerland, the mosques of Morocco, and sights in all 50 states are now closed forever.  The woman who faithfully watched Jeopardy every evening, who had a little crush on the character of Matthew Crawley of Downton Abbey, who stubbornly hung laundry on an outside clothesline in weather of all kinds, enjoyed many lunches with friends, daily walked the family dogs, and took care of pet and stray cats, now becomes only a memory to her family and friends.

Betty M. Randolph, 87, most recently a resident of Homestead Village in Lancaster, PA, died on March 10, 2022 of non-COVID related causes following a short hospital stay.  Betty was born in Reading, PA and was the oldest of four sisters, two of whom preceded her in death.  She and her husband, Clarence, a retired Millersville University political science professor and Lancaster Township supervisor, were married for almost 50 years before he passed away unexpectedly in December 2005.

Betty graduated from Reading Senior High School in 1952 and from Albright College in 1956, where she earned a degree in biology.  She later trained as a medical technologist and worked in the laboratory at the former St. Joseph’s Hospital in Lancaster for many years.

In a personal journal found shortly before her death, those who knew Betty well would grin with familiarity at her frequent references to the annual arrival and departure of juncos, the changing sunrise and sunset times, and her never-ending disdain for hot, humid weather.

In the same journal, Betty also once lamented that she felt she’d led a boring life, because months would often go by between her entries.  (An argument could be made that someone who also wrote of many trips within and outside of the U.S. in the same journal led just the opposite of a boring life.)  But she also expressed quiet gratitude that she had a loving husband, good kids and health, and the companionship of family pets.  Most of us should be so lucky to have that kind of a “boring” life.

In 2018, Betty was proud to have been inducted into the Pennsylvania Voter Hall of Fame, for having voted consecutively in every November election for 50 years.  She also volunteered for several years at the Lancaster Historical Society.  Having said she would have liked to have become a veterinarian; she was a tireless supporter of numerous Lancaster County pet charities.

Betty occasionally did or said things the only way she knew how; unconscious vestiges assimilated, perhaps, of unknown influences throughout her life, but which remind us of the frailties of being human and the power of benevolent forgiveness.

She and dad can now join hands, once again to listen together to concertos, walk the warm sands of Hawaii adjacent to where some of dad’s ashes rest intermingled in the roots of a ti plant, and give all of their beloved dogs a scratch behind the ears.

Betty’s family wishes to express its gratefulness to all the staff at Homestead Village who treated her with compassion and kindness in the final year of her life.

She leaves behind a sister, Marcia, of Berks County; a son, Roger, of Lancaster County; and a daughter, Amy, of Dauphin County, in addition to several nieces and nephews.

Due to on-going COVID concerns, no public memorial is planned at this time.  If desired, charitable contributions can be made in Betty’s name to one of her favorite local charities, including ORCA (Organization for the Responsible Care of Animals) of Lancaster, Pet Pantry of Lancaster, Furever Home cat shelter in East Petersburg, Coats for Kids, WITF, or the Lancaster Historical Society.

Rest in peace Mom. We will miss you.

Offer Condolence for the family of Betty M. Randolph