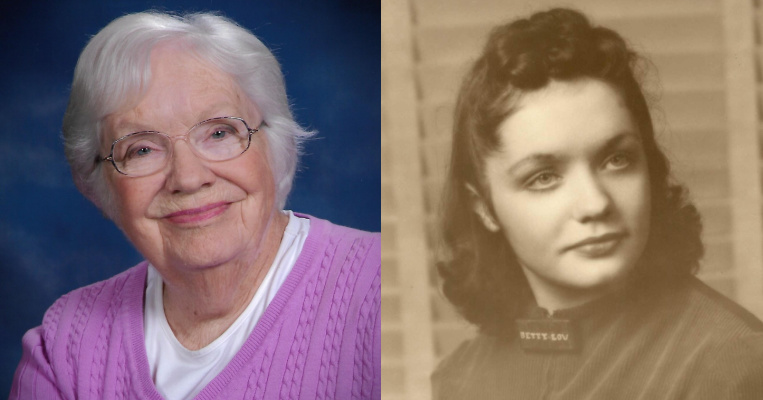 Compassionate, witty, determined and devoted are four words that describe Elizabeth Louetta “Betty Lou” Royer, or “Mema” as she was known to her family. She passed away peacefully in her sleep at age 95 on January 21, 2021 at Willow Valley Retirement Community where she resided since 2007. Betty, the daughter of Samuel Sloan Ferguson and Sara Work, was born in Lancaster, PA in 1925.

Devoted: She was the wife of Wilbur G. Royer who preceded her in death in 2006. They were married for 59 years and traveled the entire continental United States by car together during their years in retirement. She was an active member of First Presbyterian Church for most of her life, volunteering her time in various ways. A proud 1943 graduate of J.P. McCaskey High School, Betty Lou attended reunions as recently as 2019.

Compassionate: Betty retired from United Way of Lancaster County in 1990 after 16 years, having worked at Lancaster Day Care Center, Masonic Village Children’s Home earlier in her life. She always felt especially drawn to assisting those less fortunate or in need of help.

Determined and Witty:  Betty had a strong unwavering love of family, church, the Democratic Party, and the City of Lancaster. She remained healthy, opinionated, humorous and content to the end. She was known for her sayings like “dressed like Esther’s pet horse” and “stubborn as Jake Wade’s bull”, which amused her family to no end!

Surviving family includes her son David of Lancaster, married to Ann (Eby), one grandchild, Corinne, married to Jon Greskiewicz and two great grandchildren, Noah and Cali, who all gratefully thank the Willow Valley staff for their loving care, especially in recent years where she lived in the memory support unit of The Glen.

In lieu of flowers, contributions may be made to United Way of Lancaster County at 1910 Harrington Dr., Lancaster PA 17601.

Offer Condolence for the family of Betty Lou Royer