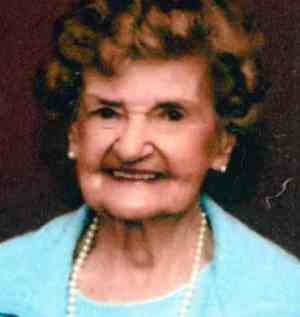 Betty J, (Wagner) Atkinson, 94, of Dillsburg, formerly of Lancaster, passed away Wednesday, June 1, 2016 at home with family.  She was born on April 26, 1922 in Hershey, the daughter of Hugh Benjamin Wagner and Ruth (Hoffman) Wagner.  Betty was preceded in death by her husband of 60 years and love of her life, James T. Atkinson formerly of Coatesville.

She is survived by two daughters, Janine M. (Atkinson) Guinter, wife of Steven D. Guinter of Dillsburg with whom Betty resided; and Nancy J. (Atkinson) Vogt, wife of James A. Vogt of North Attleboro, MA.  She is also survived by her dearly loved family of three grandchildren and two great-grandchildren, Steven A. Guinter of Mechanicsburg, Caitlyn N. Vogt, currently a Fordham University student studying in South Africa, and Daniel Vogt of North Attleboro, MA, and Riley and Landon Guinter of Mechanicsburg.  She was preceded in death by her sister, Phyllis (Wagner) Dominquez and by a brother Hugh (Nute) Wagner, Jr.

Betty’s greatest joy came from her family, friends and home.  She had a talent for floral design, working intermittently throughout her life while raising her daughters.  She was later employed as a secretary for the American Paper Company in Lancaster until her retirement.

A Mass of Christian Burial will be held on Friday, June 3, 2016 at 11:30 A.M. at St. Leo the Great Catholic Church, 2427 Marietta Ave, Lancaster with the Rev. Peter Hahn as Celebrant.  As per her request there will be no public viewing. However, friends may greet the family at the church on Friday from 10:30 A.M. until the time of the service.  Final Commendation and Farewell in Conestoga Memorial Park, Lancaster, PA.  In lieu of flowers, contributions in Mrs. Atkinson’s memory may be made to the American Cancer Society.

Offer Condolence for the family of Betty J. Atkinson