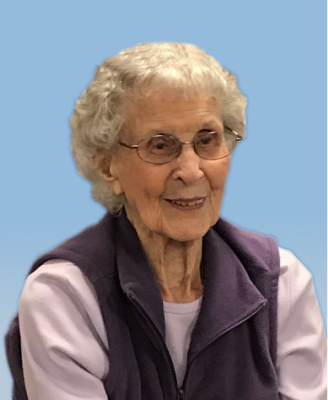 Bessie Templeton Amour, 101, passed away on September 16, 2020 at Masonic Village, Elizabethtown. Born in Lancaster County, she was the daughter of the late Harry and Mable Fox Templeton. Bessie was the loving wife of John W. Amour Sr. with whom she celebrated 64 years of marriage, until he succumbed in 2005.

Bessie was a homemaker, who provided a loving home for her family. She loved spending time with them, especially her grandchildren. She enjoyed playing bingo and doing word search puzzles. Bessie was a very proud member of the Lancaster women’s softball team “The Northern Lights” from 1933-1938. She loved baseball and was a lifelong fan of the Philadelphia Phillies. She was a member of Redeemer Lutheran Church in Lancaster.

For the past several years she was a resident of Masonic Village.  Her family would like to thank the staff at Masonic Village for their compassionate and loving care, and Masonic Village Hospice for providing her with caring support in her final days.

Services will be private at the convenience of the family. In lieu of flowers, memorial donations may be made to Redeemer Lutheran Church, 500 Pearl St.  Lancaster, PA 17603 or Masonic Village Hospice, 98 Masonic Drive, Suite 101, Elizabethtown, PA 17022.

Offer Condolence for the family of Bessie T. Amour