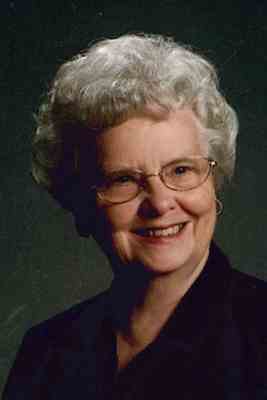 Beryl M. Herr, 85, of Lancaster, died at Lancaster General Hospital on Tuesday, September 12, 2017.
She was the wife of the late E. Norbert Herr who died in 1998. Born in Lancaster, she was the daughter of the late William J. and Marie Wallick Brennan.
Beryl graduated from McCaskey High School in 1949. She worked in the accounting office at UGI for 43 years. Beryl was a member of the Covenant United Methodist Church, the American Business Women’s Association, the Travelers Protective Association, and the Auxiliary of the American Legion Post 134. Her interests included traveling, bowling in the UGI and the Early Bird Leagues and being a part of the UGI Retirees Group and the 49er’s Group from McCaskey.
Surviving is a step-son, Douglas J. Herr of Lancaster, a sister-in-law, Alice Brennan of Millersville, two nieces, Karen L. wife of Scott McDowell of Keedysville, MD and Connie L. wife of James Souders of Millersville; and a long-time companion, John Jarrett of Lancaster. She was preceded in death by a step-son Ronald Herr and by a brother Edward Brennan.
A Funeral Service will be held on Saturday, September 16, 2017 at 1:30 P.M. at the DeBord Snyder Funeral Home, 141 E. Orange St., Lancaster, PA with the Rev. Quentin Wallace officiating. Friends may call at the funeral home on Saturday from 12:30 P.M. until the time of the service. Interment in Conestoga Memorial Park. In lieu of flowers, contributions in Beryl’s memory may be made to the Stephen Bufton Memorial Educational Fund, c/o American Business Women’s Association,9820 Metcalf Ave, Ste 110, Overland Park KS 66212 or to the Humane League of Lancaster County, 2195 Lincoln Highway East, Lancaster, PA 17602.

Offer Condolence for the family of Beryl Mae Herr