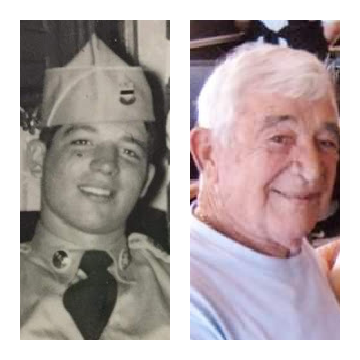 Born and raised on the Whispering Pines Farm, Ronks, PA. After serving in the military, he went on to pursue a profession in excavating and blasting; eventually establishing his own excavating business, B&J Excavating. Ben spent the last 25 years of his career as a site foreman for Brubacher Excavating until he retired to care for his ailing wife, Dottie.

If you were to ask anyone who knew him, they would comment that “Ben could fix anything, and if he can’t fix it, you may as well throw it away.”

Along with his wife and parents, Ben was predeceased by his son Benjamin J. Witmer, Jr, grandson Daniel Kur, sister Patricia Spadea, and brothers Daniel Witmer and David Witmer Jr.

The family would like to extend a heartfelt appreciation to friends Don and Judy Harrod, the Lapp family, and the staff at Caring Hospice for their support and loving care in final days.

A Celebration of Life will be announced at a future date for both Ben Sr and Ben Jr.

Offer Condolence for the family of Benjamin J. Witmer, Sr.