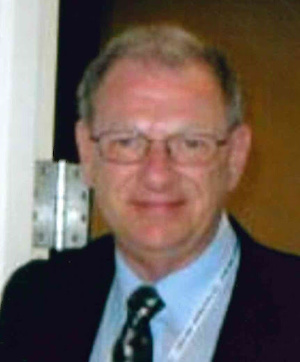 Barton George VanSomeren, 72, passed away on Sunday, August 25, 2019 at Southeastern Veteran’s Center. He was the loving husband of Phyllis Laurino VanSomeren, with whom he shared 41 years of marriage.

Born in Laurence Harbor, NJ, he was the son of the late Albertus and Matilda VanSomeren.

A Sergeant in the Air Force, he did a tour of duty in the Philippines and Vietnam.

Bart received his Associate’s Degree from Middlesex County College. He became a Registered Professional Reporter after attending Cittone Institute from Edison, NJ. He taught Court Reporting at Cittone Institute, Roberts Walsh Academy, and Harrisburg Area Community College. He retired as a Court Reporter from Dauphin County Courthouse after 22 years. Bart was also affiliated with the PA Chapter of the National Court Reporters Association in assisting with coordinating speakers and had also been a speaker himself.

A lifetime member of the Episcopal Church, Bart loved playing organ and being the Acolyte Director.

He was preceded in death by a brother, Barry VanSomeren and sister-in-law, Robin VanSomeren.

Relatives and friends are invited to attend a Memorial Service on Thursday, August 29, 2019 at St. James Episcopal Church, 119 N Duke St, Lancaster, PA 17602 at 4:00 PM. Parking will be available at the DeBord Snyder Funeral Home, 141 E. Orange St., Lancaster, PA 17602. A committal service will occur at 1:00 PM at Fort Indiantown Gap National Cemetery. If you plan on attending the graveside service, please arrive at the Administration Building 30 minutes prior to the service. In lieu of flowers, contributions may be made to AseraCare Hospice Lancaster, 280 Granite Run Dr #180, Lancaster, PA 17601.

Offer Condolence for the family of Barton G. VanSomeren