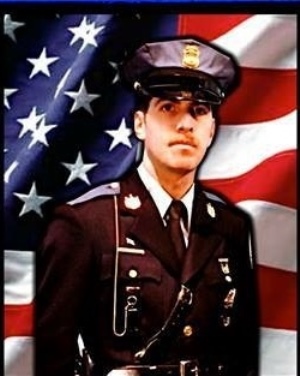 Barry Steven Beam, our beloved husband, father, grandfather, sibling, cousin, brother in blue, and friend, passed into the arms of Our Lord on November 27, 2015, still smiling after a courageous five month battle with cancer. Barry was surrounded by family and friends both in presence and spirit. In life and in preparation for eternal life, Barry witnessed to all of us the tremendous power of faith, service to others, and hope for a better tomorrow through his relationship with God and all of His Children.

Born on February 23, 1950 to J. LaMar Beam and the late Doris Moser Miller in Lancaster, PA, Barry was a graduate of Penn Manor High School and Elizabethtown College. He went on to receive numerous honors throughout his professional career in public service to his country and community.  Barry served four years in the United States Air Force as a military police officer, stationed in the Aleutian Islands, AK and in the presidential honor guard in Washington D.C. where he was given the honor of conducting the changing of the guard at the Tomb of the Unknown Soldier. Barry served 23 years as a Prince Georges County police officer, in patrol and as a well-respected, beloved and long-standing academy instructor; mentoring thousands of recruits. He later served as the department’s Press Information Officer before becoming Special Asst. to Chief of Police John Farrell. In the wake of 9/11, Barry was appointed as deputy Chief of the US Park Police from 2002-2004 where he held responsibility for protecting our icons outside of Washington, DC, such as the Statue Liberty, Ellis Island, the Golden Gate Bridge, and the Grand Canyon.  He was then employed as Director of Administration for EM Solutions until his retirement in 2015.

Barry found joy in life through avidly supporting the Washington Capitals and various college football programs, being a responsible and loving owner of his beloved dogs and birds, and above all, traveling and spending precious moments with family and friends. In his last days of life, Barry and Joyce joined together as members at Longneck United Methodist Church.

His love and support will be missed by many family members and lifelong friends. He is survived by his wife of 41 years, Dr. Joyce Kerr Beam of Millsboro, DE., a daughter, Kristen Joy Witt, married to Bryan Witt of Newport News, VA and his newest love, granddaughter Abigail Joy Witt age 2. In addition, he is survived by brothers Scott Miller of Perth, Australia; Lee Barshinger of Manhiem, PA; Thomas Miller of Houston, TX; and sisters Carol Lebo of Schaefferstown, PA and Roseanne Metcalfe of Houston, TX.

A Funeral Service will be held at Riverdale Baptist Church, Upper Marlboro, MD on Thursday, December 3, 2015 at 12:00 p.m.

In lieu of flowers and gifts, the family respectfully requests that you generously consider contributions to these dear and meaningful organizations; one that saved Barry’s life many times and one that supports officers’ families as they struggle with line-of-duty deaths:

Services are being coordinated by Melson’s Funeral Services in Longneck, DE and DeBord Snyder Funeral Home & Crematory in Lancaster, PA.

Offer Condolence for the family of Barry Steven Beam