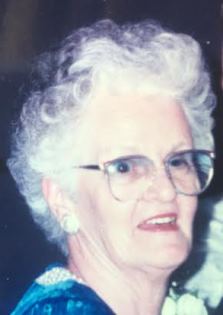 Barbara Ruth (Stillman) Aikin, 90, of East Petersburg, entered into rest at home on April 25, 2016 after a brief illness.  She was the wife of the late Edward Aikin who preceded her in death in 1998.

Born on July 23, 1925 in Riverton, Wyoming, she was the daughter of the late Lillian and William Stillman.

Being the last of her generation in her family, she served as “GG” to many.  She loved music of all kinds, dancing, desserts and spending time with family.  She was sharp as a tack and could solve her word puzzles easier than most of her family!  GG will be dearly missed.

Barbara is survived by her daughter Sharon Aikin, one granddaughter Danielle Tankesley, wife of Jeffrey, and 2 great-grandsons.  She is preceded in death by her parents, her husband Edward and her brother Bruce Brokaw.

Services and interment will be private and at the convenience of the family.

Offer Condolence for the family of Barbara Ruth Aikin