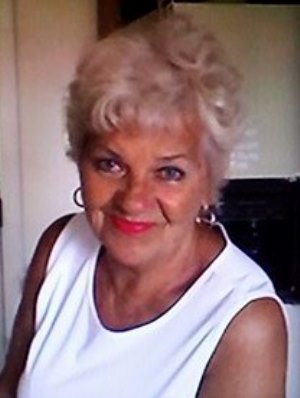 Barbara June Meister, 85, of Lancaster, passed away peacefully on June 22, 2017 and is now safely home in the arms of her Lord and Savior, Jesus Christ.
She was the loving wife of the late, Theodore W. Meister, who was a veteran of WWII and a former Lancaster City firefighter.
Born in Lancaster, PA, she was the daughter of the late Samuel and Grace (Feister) Smith.
She graduated from J.P. McCaskey High School in 1949 and recently celebrated with her classmates known as the 49ers.
In addition to being a loving mother, grandmother, and faithful woman of God, Barbara was an active member of Lancaster First Assembly of God Church in Lancaster, PA and served as a former nursery director, deaconess, and more recently as the church secretary.
Barbara is survived by five daughters: Sandra (wife of Bohdan Kalan), Barbara (wife of Thomas Young), Susan (wife of Dianne Moody), Patricia (wife of Gary Schaum), Gloria (wife of Donald Stoudt); 8 grandchildren, and 6 great-grandchildren. Also surviving is one sister, Dolores (wife of Ronald Bearley). She was predeceased by two sisters, Gloria and Joan.
Relatives and friends are respectfully invited to attend Barbara’s Life Celebration and Home Going at Lancaster First Assembly of God Church, 1025 Columbia Avenue, Lancaster, PA on Tuesday, June 27, 2017 at 11:00 am with Rev. Kris E. Newman officiating.
Friends may greet the family at the church from 10:00 am until the time of the service. Interment will be in Greenwood Cemetery, Lancaster, PA.
In lieu of flowers, and at Barbara’s request, contributions may be made to Hospice and Community Care, P.O Box 4125, 685 Good Drive, Lancaster, PA 17604-4125.

Offer Condolence for the family of Barbara June Meister