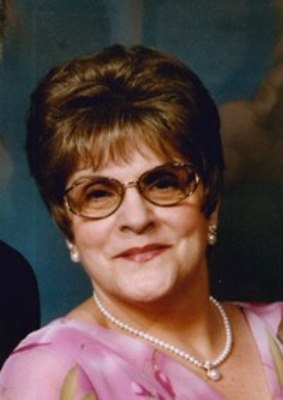 Barbara Ann (Bitting) Masters, 78, of Lancaster, died unexpectedly on Friday, June 26, 2015.  She was the wife of James H. Masters to whom she had been married 58 years.

Born in Altoona, PA, Barbara was the daughter of the late Richard S. and Freida M. Sparr Bitting.  She was a 1955 graduate of Altoona High School.

She was a member of First United Methodist Church and a longtime employee of Hamilton Watch Co.

She was a member of the Alpha Club for many years.

In addition to her family, Barbara is survived by two sons: James J. Masters and Douglas B. Masters; two granddaughters and two great-grandchildren; and a brother, John R. Bitting.  She was predeceased by her sister, Donna L. Eck.

Relatives and friends are respectfully invited to attend a funeral in DeBord Snyder Funeral Home, 2024 Marietta Ave., Lancaster, PA on Tuesday, June 30, 2015 at 2:00 p.m.  Friends may call at the funeral home on Tuesday from 1:00 p.m. until the time of service.

Private interment will be in Alto-Reste Park in Altoona, PA. In lieu of flowers, memorial contributions may be sent to American Heart Association, 610 Community Way, Lancaster, PA 17603.

Offer Condolence for the family of Barbara Ann Masters