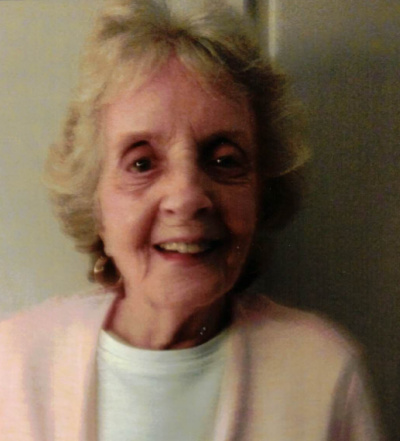 Barbara Ann Hertzler went to be with the Lord on Sunday, August 7, 2022. She was born in Lancaster, PA to Joseph and Marie (Danz) Brill on July 29, 1939. Barbara was a graduate of J.P. McCaskey High School in the class of 1958. On a family trip to Stone Harbor, NJ, Barbara was introduced to John (Jack) R. Hertzler by lifelong friends Judy and Bob Tangert. On October 10, 2021, Barbara and Jack celebrated their 62nd wedding anniversary.

Barbara was born with a pinched aorta, which severely limited her childhood activities. It was believed at the time she would not live past the age of 30. In April 1957, at the age of 17 and with only a 50% chance of recovery Barbara became the first patient to undergo a new cardiovascular procedure at St. Joseph Hospital, Lancaster. The pioneering surgery corrected the aorta and allowed her to lead a normal life. Barbara’s surgery and recovery was featured on the cover of the Lancaster New Era. In 2010, at the age of 71, she had second surgery to repair a congenital heart valve defect and she granted a request by the lead heart surgeon at Johns Hopkins, Baltimore to present her case to other doctors.

Following the early heart surgery, Barbara pursued her number one wish to have a family and that dream was realized in her children, John Jr., Michael and Lisa. She loved her husband and her children dearly and was their number one cheerleader and role model. During their early years she was a stay-at-home mom and treasured providing her family with a warm and loving home that included many dogs and cats. Her home was her joy and she regularly cooked hearty dinners from recipes handed down through the generations. She loved entertaining and hosted many parties and picnics throughout the years. Barbara’s hallmarks were her positive attitude and caring for others. Her legacy will live on through her family and friends.

Barbara was a secretary at the Hamilton Watch Company, Bethany United Methodist Church and ETEMCO, all in Lancaster. She loved Christmas and spent several seasons working in the store at the Frey Evergreen Plantation. At ETEMCO, Barbara became General Manager of the CallCare division and grew the department into a multimillion-dollar business.

Offer Condolence for the family of Barbara Ann Hertzler