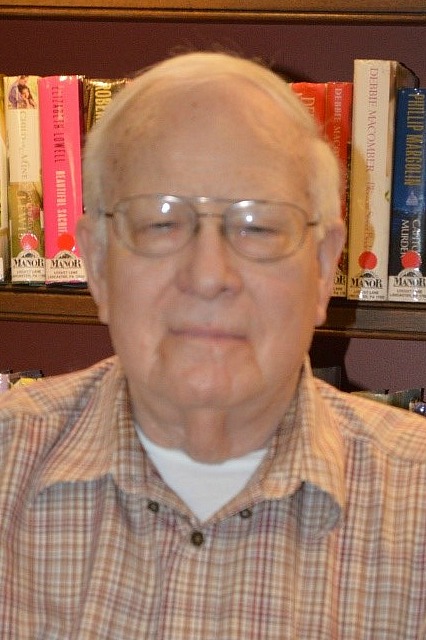 A military “brat”, Austin was born October 19, 1933, in the Panama Canal Zone. He graduated from Coolidge HS in Washington, DC, and received his BS, 1955, and MS, 1956, degrees in physics at the University of Hawaii, where he participated in the Army ROTC, marching band and student theater. While he worked toward his Ph.D. in Theoretical Nuclear Physics at MIT, The Army approached Austin to become active duty under Project 200, a program designed to recruit 200 scientists in response to the Soviet launch of Sputnik.

After completing his dissertation, Austin’s military career included nuclear reactors, underground testing of weaponry, and electro-magnetic pulse research. From 1970 to 1973 he taught Physics at the U.S. Military Academy, West Point. He supported the Nuclear Power and Nuclear Weapons programs, where he was involved in ballistic missile activities, especially the Poseidon and Pershing programs and Strategic Defense Initiative, a.k.a. “Star Wars”. He served as Commander, Harry Diamond Laboratories. During his career, Austin received the Army Commendation Medal, the National Defense Service Medal, the Joint Service Commendation Medal, and the Meritorious Service medal. After 28 years active duty, Austin retired from the Army in November, 1982, with the rank of Colonel. He then worked for Kaman Corporation and Booz-Allen & Hamilton and consulted for other companies.

Austin was active in the Springfield, VA, community, participating in Springfield Community Theater, working on committees to build the Springfield Bypass, and serving as lay reader, usher and Vestry member of Saint Christopher’s Episcopal Church. He also served as a Cub Scout Pac 686 Den Dad for two of his sons and later coordinated activities for a Senior Scout troop through the Army Nuclear and Chemical Agency. He held memberships in Phi Beta Kappa and Sigma Xi as well as the Fairfax Elks Club and the Cosmos Club, Washington, DC.

Offer Condolence for the family of Austin Lowrey III