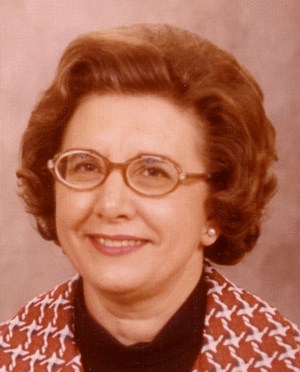 She was married 70 years to Charles H. Dyott who died January 17, 2017.  Born in Norwich, England, she was the daughter of the late John and Nellie Woodcock Sutcliffe.

Audrey attended Dr. Blythe’s School for Young Gentlewomen in Norfolk, England and graduated from Underwood College in Norwich, England.  She had worked for many years as an executive secretary for a law firm in Miami before moving to Germantown, TN.

Audrey was a member of the Harvest Presbyterian Church in Lancaster.  Her other memberships included the Salvation Army Auxiliary and the United Methodist Women and the Women’s Club of Palo Alto and Dallas, TX.

Surviving is a daughter, Elaine D. wife of Richard Ventre of Spring, TX ; a son, Geoffrey C. husband of Katherine L. Dyott of Cypress, TX ;  two grandsons, Jason husband of Stephanie Dyott and Brian husband of Ann Ventre ; and a great grandson Nathaniel Ventre.  She was preceded in death by a grandson Joshua Dyott and by a sister Phyllis Patterson.

Services and interment in the Indiantown Gap National Cemetery, Annville, PA with be private and held at the convenience of the family.  In lieu of flowers, contributions in Mrs. Dyott’s memory may  be made to the Disabled American Veterans, P.O. Box 14301, Cincinnati, OH  45250-0301 or to the Ronald McDonald House, 745 West Governor Road, Hershey, PA  17033.

Offer Condolence for the family of Audrey Sutcliffe Dyott