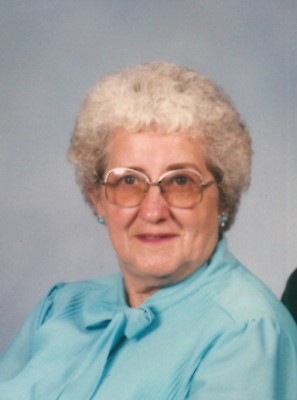 Audrey worked at Hubley Manufacturing Company (and its successor companies) for 46 years.  She worked on the assembly line, in the packaging department and in the machine and paint shops.  Audrey retired in 1990 when the company closed its local factory.

Audrey served as State President and State Department Chaplain  for the George H. Thomas Camp 19 Auxiliary to the Sons of Union Veterans of the Civil War.  She also held numerous local offices for the SUV Auxiliary, having been a member since approximately 1948.

She enjoyed dancing, swimming, candy making, ice skating programs, the theater, arts and crafts, playing card and board games with her family, and gardening, with a special love of roses.  Audrey volunteered for Meals on Wheels of Lancaster for many years.  When she was younger, she was an avid bowler with the Hubley Toy League, the Retail Ladies League, the Lollipop League and the Sunday Night Mixers. Audrey was a member of St. Anne’s Catholic Church.

She is survived by one brother, Donald, husband of Esther Ruth of Salunga and two sisters, Thelma Shirk and Shirley Hornberger, both of Lancaster.  She was preceded in death by her brothers, Harold and James Ruth and her sisters Arlene Aukamp and Grace Stoudt.  Audrey is also survived by numerous nieces and nephews.

Offer Condolence for the family of Audrey M. Long