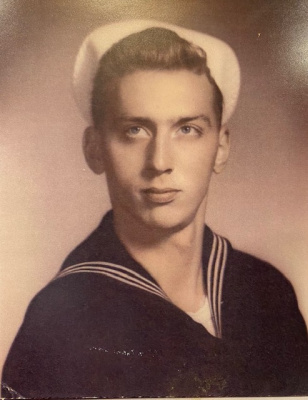 Arthur (Art) Edward Pearson, age 89 died peacefully in the early morning hours of Wednesday January 12th at Lancaster General Hospital surrounded by family.  Born in Englewood, New Jersey on July 27, 1932 to the late Edward F. Pearson and Alice V. Johnson Pearson.  He was married to his wife Gayle for 57 years.  Art was a long-time resident of Randolph, NJ before spending his last 2 years in Lancaster, PA.

A Korean War veteran, Art served honorably in the Navy.  He was a sailor aboard the USS Lake Champlain and was subsequently an Aviation Electronics Technician aboard a P5-M sea plane attached to the VP45 squadron in Panama.  A 1958 graduate from Wooster College in Ohio he went on to have a lengthy career in business and was the President of his own management consulting company.  Art was an avid metal detector and enjoyed woodcarving, a craft he learned from his father.  He was particularly proud of his Swedish heritage and was a dedicated family historian.

A memorial service will be held at Indiantown Gap National Cemetery on April 22, 2022 at 1pm.  In lieu of flowers the family requests donations be made in honor of Art to the National Forest Foundation.

Offer Condolence for the family of Arthur Edward Pearson