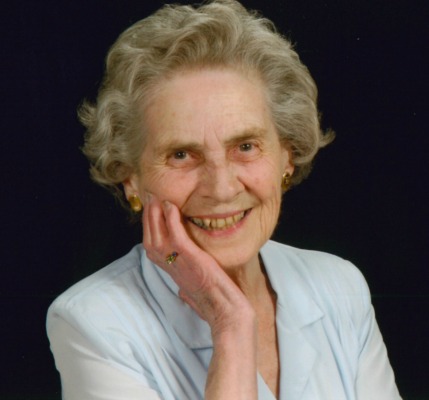 April Lammey Breneman, 88, who was residing at the Mennonite Home, passed away on September 2, 2016 at Lancaster General Hospital.  She was the loving wife of the late Robert P. Breneman, Sr., who preceded her in death in 1997.  Prior to his death they were married for 44 years.

Born in Bellefonte, PA, she was the daughter of the late J. Frank and Mary (Beck) Lammey.

She spent much of her life as a dedicated homemaker however she began her career with New Holland Machine Company, where she met her future husband Robert.

April was a member of Zion Evangelical Lutheran Church where she was actively involved in evangelism, library responsibilities, and the visitation committees.

In her spare time, she enjoyed being a grandmother and great-grandmother, gardening, and traveling, particularly to the New England states.

A Funeral Service will be held on Thursday, September 8, 2016 at 11:00 AM at Zion Evangelical Lutheran Church, 1905 Broad St, East Petersburg, PA 17520.    A visitation will be held at the DeBord Snyder Funeral Home & Crematory, 2024 Marietta Avenue, Lancaster, PA 17603 on Wednesday evening from 6:00 to 8:00 P.M as well as on Thursday at the church from 10:00 AM until the time of the service.  Interment in Zion Evangelical Lutheran Church Cemetery.   In lieu of flowers, contributions may be made in her memory to the Mennonite Home Benevolent Fund, 1520 Harrisburg Pike, Lancaster, PA 17601.  To leave an online condolence please visit:  www.DeBordSnyder.com

Offer Condolence for the family of April L. Breneman