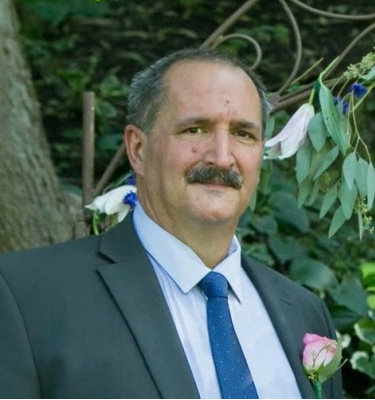 Anthony L. Marquart, 57, of Lancaster, passed away on January 1, 2022 at Lancaster General Hospital. Born in Lancaster, he was the son of the late Robert A. and Judith A. (Backaric) Marquart. He was the husband of Sherry (Woerner) Marquart.

A graduate of Dover Area High School, Tony joined to United States Navy for 6 years and served in the Pennsylvania National Guard for one year. After exiting the military, he started a family and worked hard to support them.

Tony enjoyed playing golf with his uncle and son, going to the casino, and coaching softball and baseball at St. Joe.

Besides his wife, he is survived by his children; Ryan Marquart, husband of Ashley, and Ali Marquart, a sister; Laurie Marquart, an uncle; Jeff Backaric, several other aunts and uncles, and his beloved dog, Molly. He was preceded in death by his parents and three dogs; Suzy, Cuddles, and Sara who were anxiously waiting for him at the Rainbow Bridge.

A Celebration of Life Service will be held on Saturday, January 29, 2022 at 11 AM at Faith United Church of Christ, 1204 Wabank Rd. Lancaster, PA 17603. Friends may greet the family from 10:30 AM until the time of service. Private interment will occur in Indiantown Gap National Cemetery.

Offer Condolence for the family of Anthony L. Marquart