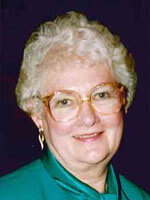 Ann O. Jones, 89, of Lancaster, passed away on August 24, 2017 at Moravian Manor in Lititz, following a brief illness.
She was preceded in death by her loving husband of 61 years, Donald B. Jones, who died in 2011. Born in Baltimore, MD on October 23, 1927, she was the daughter of the late J. Henry and Elizabeth S. Parlett Oster.
Ann was a graduate of the Maryland Institute of Art. Besides being a homemaker, she worked multiple retail jobs. She was a life time member of St. James Episcopal Church in Lancaster. She enjoyed gardening, sewing , being an active member of the Lancaster Women’s Town Club and traveling throughout the world with her husband. Most recently while living at Moravian Manor, she was an active member of the Health Center family, the Bell Choir and the Better Late Than Never drama club.
The sun was Ann’s favorite thing. If it wasn’t raining, Ann could be found outside basking in the sun.
Surviving are two daughters, Stephanie J. wife of Eric Walls of Westfield, MA and Carol J. wife of Patrick Doyle of Richboro, PA; five granddaughters, Amanda wife of Kenneth Lynch, Brittany wife of Joseph Daudelin, Courtney wife of Jonathan Yeomans, Jessica Doyle and Ashley Doyle.

Offer Condolence for the family of Ann O. Jones