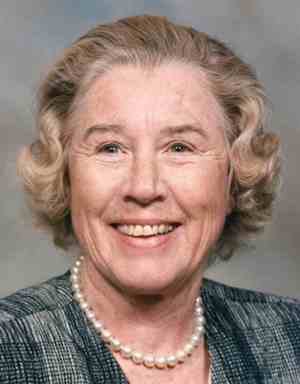 Ann Davis Knapp, 94, of Moravian Manor Lititz, formerly of 332 Valleybrook Drive, Lancaster, died on Friday, October 30, 2015.  She was the wife of the late Edgar I. Knapp who died in 1974.  Born in Philadelphia, she was the daughter of the late George W. Davis, Jr. and Virginia Barr Davis.  She moved to Lancaster with her family during the early 1930’s and, after graduation from Manheim Township High School, attended Sullins College in Bristol, Virginia.  Early in her marriage, Ann and her husband lived in Sumter, SC, Long Beach, CA and Pittsburgh, PA before returning to Lancaster.  Ann loved the theater and was active in several early theater groups including Domino Playhouse, Lancaster Theater Arts Association and Lancaster MusiComedy Guild.  She was General Chairperson of the Opening Night Committee for the 1959 production of “Our Town” at the Fulton Theater, produced by the Lancaster Theater Arts Association and the Lancaster Kiwanis Club.  This production has often been recognized as the event that saved the Fulton from destruction and set the stage for its remarkable return to grandeur.  Ann also volunteered her time for the Susquehanna Association for the Blind & Vision Impaired, (now VisionCorps) where she was named Director Emeritus, Contact Lancaster and the Lancaster Moravian Church.  She was a past member of the Hamilton Club.

She was predeceased by her brother, George W. Davis, III. She is survived by a son, David B. Knapp, Lancaster and a daughter, Victoria “Vicki” K. wife of R. Steven Graybeal, Peach Bottom and her sister-in-law, Barbara S. Davis of Lancaster.  Also surviving are two grandchildren Lisa Graybeal Wolf and Byron W. Graybeal and two great grandchildren, Nathan Graybeal and Claire Graybeal.

A private memorial service will be held at the convenience of the family.

Offer Condolence for the family of Ann Davis Knapp