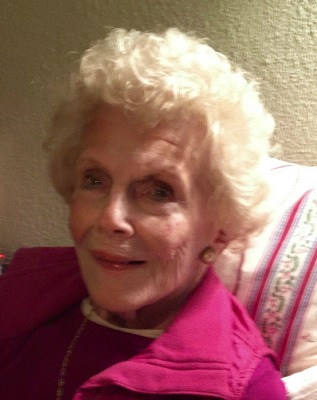 Angie was the daughter of Joseph and Helen Verona Secunda. She was born on January 14, 1917 in Wanamie, PA.

Angie worked for the Lancaster County Court System as an administrative assistant and retired after a long career.

Angie was married to Richard Hurst, an officer in the U.S. Navy. They lived in Norfolk, Virginia and in England for a period of time. Richard owned a television and appliance service business in Lancaster County. Their marriage ended in divorce.

Angie had a loving decades-long, domestic-partner relationship with Richard K. Liephart, Leola, PA, who passed away in 2013.

Angie had a lively imagination and enjoyed the spice of life. She was bright, playful, and strong-willed.

An informal gathering of family and friends will be held at 10:00 AM on Saturday, August 18th at the DeBord Snyder Funeral Home Funeral Home & Crematory, 141 E. Orange St., Lancaster PA 17602.

Memorial contributions can be made to Meals on Wheels, 1085-B Manheim Pike, Lancaster PA 17601.

Offer Condolence for the family of Angeline “Angie” Hurst