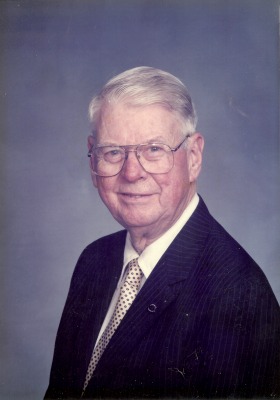 Allen Curtis, Jr., 99, of Lancaster, passed away on November 20, 2016 at the Glen at Willow Valley Communities.   He was the loving husband of the late Willa (Towne) Curtis who preceded him in death.

Born 1917 in Somerville, MA, he was the son of the late Allen and Carrie (Peterson) Curtis.

After completing high school in Gloucester, MA, class of 1934, he attended Rensselaer Polytechnic Institute (RPI) where he graduated in the class of 1938 with a degree in engineering.  He worked for 32 years as a sales engineer for the New Departure Company, division of General Motors, managing the Philadelphia office.  He was a past president of the General Motors Club.

He proudly served five years in the United States Marine Corps as Major during WWII and saw action in several campaigns in the South Pacific arena.

Allen and Willa raised their family of four children in Strafford, PA.  Upon Allen’s retirement he and Willa began to travel extensively, eventually completing over 100 trips through the Elder Hostel program.  In 1993 they sold their home in Strafford and moved to Willow Valley Retirement Community where they lived out the remainder of their lives.

Allen was a strong supporter of programs that supply aid to the elderly through The Surrey Club in Berwyn, PA where he served on the Board.  He was also an avid tennis player.  Other interests along the way included singing in barbershop quartets, playing bridge, gardening, and hiking and he was very active in Boy Scouting with Devon Troop 50.  He was also a Vice President of the Upper Main Line YMCA Seniors Club.

He is survived by a son and his wife, Richard and Bonnie Curtis of Mt. Penn, PA; and two daughters and their husbands, Valerie and Tag Van Winkle of Libertyville, IL, and Nancy and Dennis Meany of Norwalk, CT and numerous grandchildren.  Services will be private at the convenience of the family.

To leave an online condolence for the family please visit:

Offer Condolence for the family of Allen Curtis, Jr.