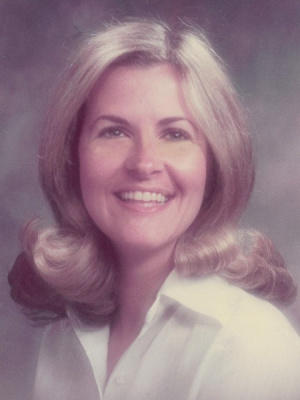 Penny graduated from J.P. McCaskey High School in 1960 where she was an exceptional athlete participating on both their swim and track teams.  After high school Penny earned degrees from Marjorie Webster Junior College and The University of Colorado.

Penny was a member of First Presbyterian Church in Lancaster, PA and Christ Episcopal Church in Charlotte, NC.  She was active in the Charlotte community through her involvement as a member of the Junior League of Charlotte, Friends of the Opera and the Nourish & Flourish Garden Club.  Penny always put others first, this was exhibited through her many years volunteering at the Charlotte Memorial Hospital Infant Stimulation program. She provided countless hours of love and comfort to newborns in the neonatal unit ultimately taking on the role of Chairman of the Charlotte Memorial Patient Representative Committee.

Penny was a wonderfully talented painter and an active member of the Charlotte art community.  She exhibited and sold her artwork at various galleries throughout the area often donating many of her paintings to local charity events.  Penny’s other interest included gardening, birdwatching and making sure every holiday and special occasion was celebrated to the fullest.  No detail was too small and decorations would abound.

Penny will be greatly missed by her family, friends and all who had the pleasure of knowing her.  She will be forever in our hearts.

Penny is survived by her beloved husband of 56 years, Dr. Henry Thomas Adkins, Jr.; her loving son, Henry Thomas Adkins III and his wife, Joanne (Dobson) and her grandchildren, Henry and Billy whom she cherished.  She was predeceased by her brother, John W. Palmer, Jr.

Interment will be private in Millersville Mennonite Cemetery in Millersville, PA.  The family will hold a Celebration of Life Service in Charlotte at a later date.

Offer Condolence for the family of Alice “Penny” Palmer Adkins