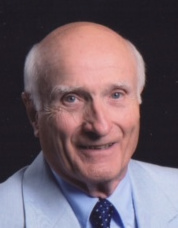 Alexander “Sandy” Whitney, Jr., age 87, of Lancaster, Pennsylvania went to be with the Lord on March 15, 2022 at Penn Medicine Lancaster General Hospital.  He was the loving husband of Barbara Grant Whitney for 65 years.  Sandy was born in Abington, Pennsylvania to Edith Tawresey Whitney and Alexander Whitney.

After graduation from Catonsville High School, in Baltimore County, Sandy attended the University of Delaware and received a Bachelor of Science degree in Civil Engineering, followed by a Master of Science in Engineering from the Johns Hopkins University.  During his time in college, he participated in many campus activities and especially enjoyed his four years playing varsity lacrosse for the Blue Hens.  Sandy also stood ready to serve his country through his service in the Maryland National Guard.

In 1977 Sandy joined three other engineers in forming Whitney, Bailey, Cox and Magnani Consulting Engineers (WBCM).  Under his leadership as Managing Partner, the firm expanded its practice to include all aspects of civil and structural engineering and architecture.  Today the firm employs about two hundred engineers, architects, planners, surveyors and technicians in six states and is consistently included among Engineering News-Record’s top 500 design firms.  Sandy retired from WBCM in 1997.

During his active career, Sandy was involved in many large and complex engineering projects including Washington’s Metro System, Baltimore’s Metro System, expansion of Baltimore’s Dundalk Marine Terminal, first expansion of BWI airport in the late 1960s, highway and bridge projects in Maryland, Delaware, Pennsylvania and Virginia, and many projects for the Department of Defense in New Jersey, Delaware, Maryland, Virginia and West Virginia.  In 1992, his firm provided structural engineering design for the new chemistry building and for renovations to the Brown Laboratory at the University of Delaware.

Sandy served faithfully in the churches of the communities where he lived.  He enjoyed birding, model trains, tennis and woodworking.  He loved to fish and enjoyed family vacations at the beach.  Sandy devoted time tutoring elementary students in Lancaster City.

Sandy is survived by his wife Barbara, his children Laura Whitney Byrne (Michael Byrne) and Alexander Grant Whitney.  He is also survived by four grandchildren and four great-grandchildren.  Sandy was preceded in death by his sister Virginia Whitney Hull.

Relatives and friends are invited to attend a memorial service at Grace Church at Willow Valley, 300 Willow Valley Square, Lancaster, PA 17602.  The service will be held on Saturday May 28th at 2pm with Pastor John Smith officiating.  Friends may greet the family from 1 to 2pm.  Interment will be at the convenience of the family.

Contributions may be made in Sandy’s memory to Water Street Mission (www.wsm.org), World Vision (www.worldvision.org) or Grace Church at Willow Valley (www.gracewv.org).

Offer Condolence for the family of Alexander “Sandy” Whitney, Jr.