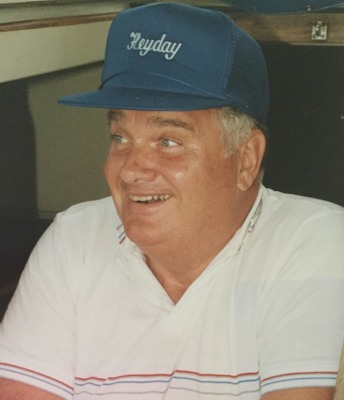 Albert Edward Hey, III, 84, of Lancaster, PA, passed away on January 21, 2017 at Lancaster General Hospital surrounded with the love of his family and close friend. He was the loving and faithful husband of June L. (Bjork) Hey, of 61 years. They were honored to celebrate their 60th anniversary on October 8, 2015 with great joy at an Octoberfest celebration with their close friends and family in their community.

Al was born on October 25, 1932 at Methodist Hospital in Brooklyn, NY. He was the son of the late Albert Edward Hey, Jr. of South Philadelphia, and Beatrice (High) Hey of Darby, PA. Al was the oldest of three children, and brother to Beatrice Hey Meckes and Robert Hey. Al grew up on Long Island and graduated from Great Neck High School in 1950. He then pursued his love for aviation by studying aeronautical engineering at New York University’s Guggenheim School of Aeronautics and graduating with a B.S. in May 1954. That very same year, Al was drafted into the United States Army and proudly served his country during the Korean War, using his engineering skills to help develop radar systems.

After serving in the Korean War, Al returned to Grumman Aerospace Corporation in Bethpage, Long Island, NY, as an engineer in Advanced Systems. In his 38 years working for Grumman, Al essentially had three careers. He worked in Advanced Systems Engineering where he was the group leader on the design of the control system for the W-2, E-2C Hawkeye Aircraft. He was the manager of Space Development and finally the Director of Special (Military Space) Programs. In 1958, he was one of the twenty engineers selected by Grumman president, Jake Swirbul, to study a wide range of problems connected with space and its exploration. He was also involved in the design of the control system for the OAO (Orbiting Astronomical Observatory) and the Lunar Module. He became the test director, and delivered to OAO and NASA Goddard before it was shipped to the Cape. That job led him to conference with the CEO, Lew Evans, who asked Al to apply the precise pointing accuracy of the OAO system to military programs. Al was appointed to the task of heading up military applications of Grumman’s proven programs.

In his later years with Grumman, he worked closely with the U.S. Defense Department, and graduated from the Defense Systems Management College. He then worked for many years working with U.S. Intelligence to assess and help protect the U.S. from Soviet threats during the Cold War. After working at Grumman, he faithfully served for many years for the Town of Oyster Bay, and also worked at various times for both of his son’s companies.

Al further explored his love of flight in 1966, when he began flying lessons with a Grumman test pilot. His flight experience with the Grumman Test Team provided Al the experience that enabled him to solo in only 4 hours and 55 minutes. Al flew out of the Grumman Aircraft Corporation Employees (GACE) Flying Club, where he also served as the treasurer for many years. Al became a certified FAA flight instructor, and taught flying there until 1990. Al obtained various FAA certificates including his Commercial Pilot, Multi-engine, Instrument, Land and Sea Plane ratings, as well as an Advanced Instrument Ground Instructor’s Certificate.

Anyone who knew Al, quickly recognized his determination. Al was intensely loyal, particularly where his wife and family were concerned. Additionally, he had a deep-seated loyalty to his nation. Al was very courageous and demonstrated a “never quit” attitude that inspired others. Al was a man of strong character, who was tough as nails with a heart of gold. Al was a man who was both tough and tender.

Music was a big part of Al’s life. As a student at NYU, he was a member of the marching band and enjoyed playing sousaphone at Yankee Stadium, Ebbets Field, and Giant Stadium. As a young man, he not only helped fight fires with the Manhasset-Lakeville Fire Department, but he also played trombone and baritone in their band. He also sang in various church choirs and community choral groups. Al was a strong baritone, singing in the Huntington Men’s Chorus, and later with the Willow Valley Choral Group.

Faith was a strong foundation of Al’s life and he was a faithful church member throughout his life. He met his beautiful wife, June, in the youth group of his Lutheran Church. Later he served on the church council at the Lutheran Church of Syosset, NY and as an elder at the First Presbyterian Church of Oyster Bay. He was a great role model for his children and grandchildren, teaching them from an early age the importance of faith and prayer as a foundation for their own lives.

Some of Al’s happiest times were spent with his family and friends on the waters of Oyster Bay, Long Island. Sailing, cruising, and boating provided time for 3 generations of his family to form lifelong bonds and many happy memories. Al also enjoyed traveling, especially to warm climates with sandy beaches.

As an engineer and pilot, Al was a natural born problem solver and teacher. He had a gift for inspiring others by his leadership, courage, strength, faith, perseverance and determination. Known as “Mr. Fix It,” Al loved teaching his children and grandchildren about science, engineering, and flying. The family garage was a living learning lab for tinkering and repairing various engines. His enthusiasm for learning and working hard was contagious. Al’s positive example shaped the lives of others, including helping his children and grandchildren learn the joy of teaching, engineering, and inventing, which launched them into happy lives and productive careers of their own.

Al was not only an awesome father, but a loving and enthusiastic grandfather (Opa). He was proud of each one of his grandchildren, and enjoyed sharing stories and jokes. Time spent with Opa was always full of his positive energy and wonderful sense of humor. As a grandfather, he led by example and encouraged his grandchildren to work hard to achieve their goals.

Relatives and friends are respectfully invited to attend a Memorial Service at First Presbyterian Church, 140 E. Orange St., Lancaster, PA 17602 on Monday, January 30, 2017 at 11:00 AM with the Rev. Dr. Geoffrey Kohler and the Rev. Richard Reifsnyder officiating. Friends may greet the family at the church from 10:00 AM until the time of the service. Interment will be in Indiantown Gap National Cemetery. Contributions may be made in his memory to First Presbyterian Church, Lancaster, PA. To leave an online condolence please go to www.never-gone.com/memorials/alhey.

Offer Condolence for the family of Albert Edward Hey, III